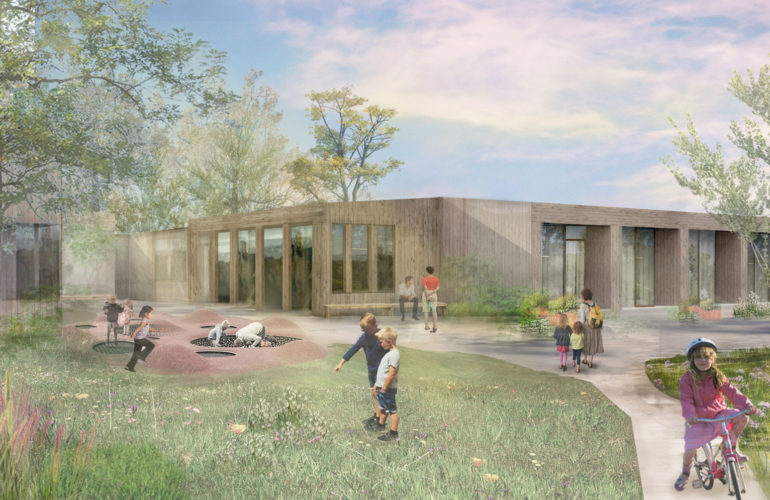 Plans are afoot to build the very first children’s hospice in Norway. A long time dream of the The Norwegian Association for Children’s Palliative Care  – known as Foreningen for barnepalliasjon (FFB) and its founder, Natasha Pedersen, the building of the hospice is set to begin in January 2020 and the doors to open in the Spring of 2022.  The building of the hospice is the culmination of more than 10 years of hard work, learning, planning and lobbying and will be a national pilot project for future developments in the field. 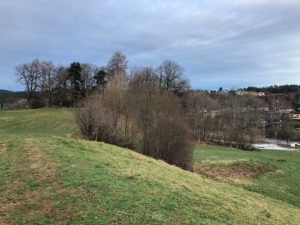 The land on which the hospice will be built.

The hospice is to be built in the southern Norwegian city of Kristiansand and the land earmarked for its location is in walking distance from the Sørlandet hospital and the Centre for Cancer Treatment. Presently the fifth largest city in Norway, Kristiansand is easy to reach by road, train or plane which will make the hospice easily accessible to children and families throughout the country.

The project to build the hospice is being led by a strong team, which includes past ministers of health, architects and health care professionals.  The land and the building will be provided by the Kristiansand municipality to which the FFB will pay rent. They will have the option to buy the property in the future. Fundraising for the running costs and travel expenses for families has already begun.

The hospice will also house a world class ‘Centre of Excellence’ which will include positions for four researchers in the field of paediatric palliative care and provide appropriate education, training and a consultation service.

In an interview with ehospice, Natasha Pedersen, FFB founder and the driving force behind the building of the hospice said, “This has been our biggest dream for the past 10 years and it is now closer than it has ever been. However, it is very important that it has taken us this long to get here because, for us, it was imperative that children’s palliative care was first integrated into the Norwegian health system.”

She went on to say, “The problem is that anyone can open a facility and call it a ‘children’s hospice’. We want to ensure that we do things well from the beginning and that we have people with the appropriate education to work in the hospice.”

Asked about her motivation for the building of the hospice and the work she has already accomplished, Natasha told ehospice, “My daughter Andrea (who passed away in 2009) was my biggest motivation in the beginning, but now I am motivated by the families I meet and by the siblings. I hear their stories and I see what they need and what they want. I see too much suffering.”

Natasha also praised her heroes, Joan Marston and Ann Armstrong Daily for being her inspiration and noted how grateful she was for the support and assistance she had received from the ICPCN, particularly in the beginning of this journey.

To find out more about FFB and the building of the hospice, visit their website at: https://barnepalliasjon.no/barnehospice-2/