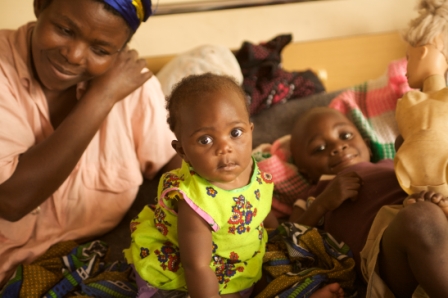 This year’s Financial Times’ ‘Seasonal Appeal’ has raised £1.4m for World Child Cancer. The money was raised through a massive fundraising appeal in the UK that saw the all the funds raised matched by the UK government.

The fundraising campaign also saw the issue of child cancer and the importance of palliative care highlighted in one the world’s most influencial newspapers. Financial Times correspondents covered stories from across Africa. One example is this particularly powerful story from Ghana.

During the campaign, Liz Burns the Operations Manager for World Child Cancer, wrote for ehospice saying, “Palliative care for children with cancer should start at the point that they are diagnosed. The relief of symptoms, especially of pain should be a fundamental component of cancer care. Due to a lack of awareness about the early warning signs and symptoms of cancer, poor access to healthcare, delays in diagnosis, misdiagnosis and other major problems; children often arrive at hospital with an advanced stage of disease and a cure is no longer possible.”

It is estimated that about 100,000 children a year die of cancer, the vast majority of them in the developing world, where palliative care and treatment are often rudimentary.

The commitment by the British government to match any money donated remains valid until the 22nd February 2014.