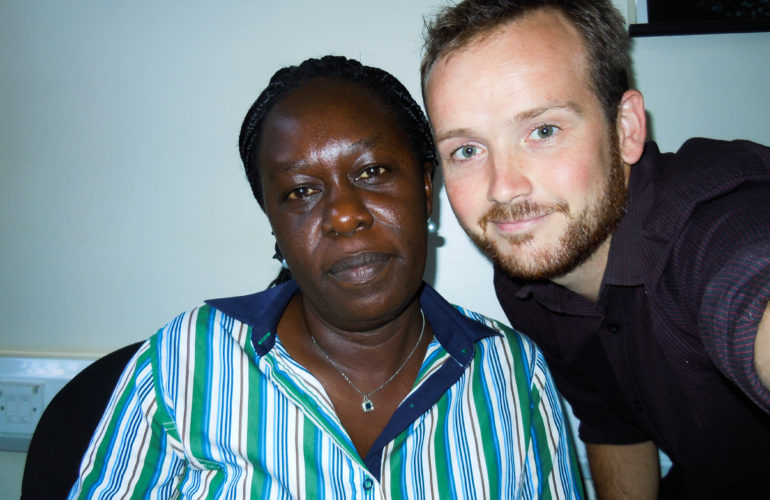 The ‘No
make-up selfies’ trend has had extraordinary results. Cancer Research UK
have reported that they have been donated
over £2 million in just a few days.

While this social media trend has been dominated by those
living in Australia, the UK and the US, sadly we know that cancer is a truly
global problem. However, this global problem disproportionately impacts on low
and middle income countries.

Indeed, we know that 70% of deaths caused by
cancer are found in low and middle income countries.

The disparities don’t stop there. Here in Uganda, where the African Palliative Care
Association is based, there is just one radiotherapy machine in the whole
country. This one machine it is reported, can
break down for weeks at a time.

In the UK by contrast, for a similar sized population, there
are hundreds of radiotherapy machines available.

For almost every cancer patient in the UK there is access
to basic pain control medications. Again though, just like the ‘No make-up
selfies’ this is a luxury disproportionately enjoyed by those living in the UK,
US and Australia.

A recent
study found that 4 billion people, over half of the world’s population, live
in countries where regulatory barriers leave cancer patients suffering
excruciating pain.

Part of what the African Palliative Care Association does is
to campaign and lobby for everyone across Africa to have access to these pain
medications. It is not a luxury that should only be enjoyed in developed
countries but a fundamental human right that should be available to all.

ehospice
reported last November that “Opioids are often unavailable [in Africa], and
access is signiﬁcantly impaired by widespread over-regulation that is pervasive
across the region. In many countries access to strong painkillers such as
morphine is impossible as they remain legally restricted.”

The results of this grim, often unspoken about, reality is
that many cancer patients in countries like Uganda are diagnosed late and have
little or insufficient access to treatments. A cancer diagnosis then is often a
death penalty and this death comes with little support or access to pain
medications.

There is no other way of saying this, cancer patients across
Africa are too often left to die in considerable pain.

But it doesn’t have to be like this. All across Africa, the
African Palliative Care Association are helping governments and other strategic partners to respond to this
challenge.

If you feel, like everyone at the African Palliative Care
Association does, that no cancer patient should ever be left to die in preventable
pain then please support the ‘No make-up selfie’ spirit and post a photo of yourself on facebook, donate, and ask others to support us.

Our work is only possible because of your support.  Please consider donating monthly whatever you can
afford. The smallest of donations can have the biggest of impacts.