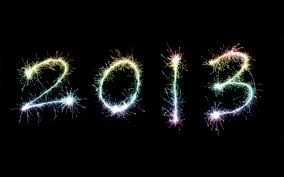 In October this year ehospice turned one year old – and what a first year it has been! We have already had over 4,000 articles published across all editions and are now reaching tens of thousands of readers every month.

Perhaps most exciting of all is the fact that we are continuing to grow. This is thanks not only to the fantastic staff writers here at ehospice but also the quality of written material submitted to us by guest authors. To submit an article and let the world know about your service, complete the ‘submit article’ form on the Africa edition of ehospice.

Voices from across the palliative care community

ehospice has been privileged to receive submissions from some of the most acclaimed voices in the palliative care community. To give just three examples:

For World AIDS Day we had Prof Richard Harding of the Cicely Saunders Institute at Kings College London writing about why ‘the need for palliative care is as great as ever’.

Dr Emmanuel Luyirika, a globally recognised TB expert and the Executive Director of the African Palliative Care Association, wrote about the overlap between HIV/AIDS and TB.

We have also had Marie Elske, a PhD candidate at the Netherlands Institute of Human Rights, tackled the difficult subject of: ‘Balancing access to pain medications with the international drug control framework’.

As a result, ehospice has now firmly established itself as a platform on which the leading voices in palliative care are proud to be published..

These guest articles have helped ehospice to grow as a leading voice for palliative care news, views and inspiration across the globe. This blend of global voices complements our in-house staff who continue to research, investigate and explore the most topical palliative care issues.

Part of the challenge of reporting on palliative care is finding the resources to report on all the incredible stories that are happening every day in homes and hospices across Africa. With a unique network of contacts around the world though, ehospice has managed to bring you some truly inspiring stories.

Whether it is Dr Scott Murray’s epic series of ultra-marathons in East Africa or South African sports legends Jacques Kallis and Lucas Radebe’s media work, ehospice has been there to cover these amazing stories.

When ehospice covers a story, this news carries to a global audience.

Throughout the year ehospice articles have been picked up by major news sources around the world. For example: in March 2013, the third largest online news source in the world, the UK’s Guardian newspaper, covered ehospice’s article for International Day of Happiness.

The pure volume of research on issues relating to palliative care means we can’t cover every piece published – as much as we would want to! However, what we pride ourselves on at ehospice is bringing you the most relevant, interesting and ground breaking studies.

When the Annals of Oncology published a ground-breaking global study looking at access to pain medications for cancer patients we published an article with quotes from some of the lead authors.

In November, UNICEF and ICPCN published a report that found less than 1% of children in need of palliative care in Zimbabwe had access to palliative care. ehospice ran this article across the Africa, International and Children’s editions.

Perhaps the most important contribution ehospice can make is to report the stories of patients and their families – the people that everyone in palliative care are trying to support and help. It is also often the most rewarding reporting, to give a voice to those who are often left voiceless.

An excellent example is the story of Bruno from Kampala. His story of love and devotion to his terminally ill parents and the importance of the hospice workers remains truly inspiring.

Lastly, a big thank you. The amazing response from our readership has been what continues to drive ehospice’s growth.

2014 promises to be exciting, not only for ehospice, but for palliative care across Africa.

I would urge you to get involved and be part of it, to be part of the ehospice experience. Why not:

With best wishes for the holiday season and the New Year,

Author: Steve Hynd, editor of the Africa edition of ehospice