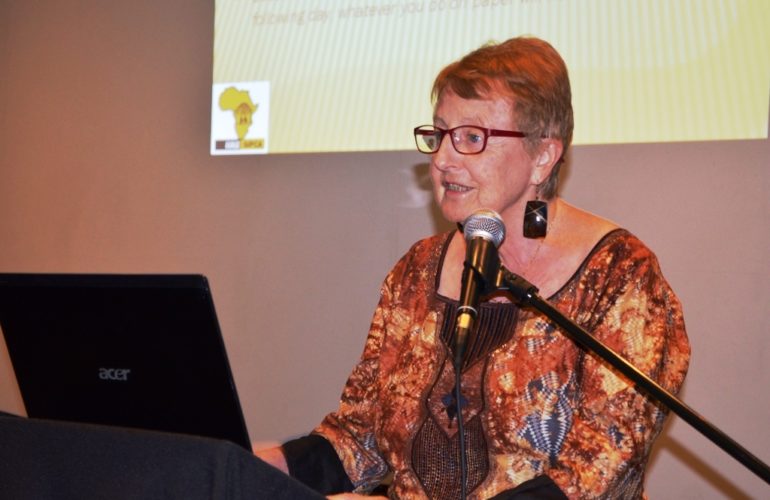 The award was presented by the Irish President, Michael Higgins, at a ceremony in Áras an Uachtaráin this weekend.

Hospice Africa Uganda was developed to provide palliative care services in a particularly African context and remains today a model for providing palliative care in Africa, as well as one of the continent’s leading centres for palliative care education.

Zena Bernacca, the CEO of Hospice Africa Uganda commented on the awards saying: “Whilst Anne receives such well-deserved awards, we know too, that she will be talking about the many more whose voices still need to be heard across Africa.”

She continued: “It is wonderful [for the award] to have come in this year when we at HAU have been celebrating 20 years of palliative care in Uganda, as well as 20 years of Hospice Africa Uganda. HAU was initially inspired by Dr Anne who continues to inspire and draw people who want to ensure that palliative care is accessible for all in need.”

Dr Emmanuel Luyirika, Executive Director of APCA, commented on Dr Merriman’s Life Time Achievers Award, presented at the APCA/HPCA conference, saying: “Dr Anne Merriman is an inspiration to many in the palliative care community and beyond. She has devoted her life to those who are suffering.”

Tánaiste and Minister for Foreign Affairs & Trade, Eamon Gilmore T.D., paid tribute to Dr Merriman saying she: “…rendered distinguished service to our nation and helped to build our reputation around the globe… [Her] contribution is immeasurable. Ireland is fortunate to have ambassadors and advocates of the calibre of Dr Anne Merriman in Africa…who has helped hundreds of thousands of the world’s poorest people”.