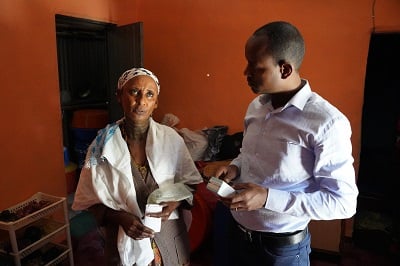 Hospice Ethiopia CEO Ephrem Abathun is doing everything he can to build up hospice and palliative care in his nation with 115 million residents and looks at Snowline Hospice in Diamond Springs as an example.

It was nearly a decade ago that Snowline Hospice began learning about the lack of hospice and palliative care in Ethiopia. That led to a formal partnership between Hospice Ethiopia and Snowline Hospice.

Palliative care is for people living with a life limiting illness that can’t be cured and will likely lead to death.

“We have a very fragile healthcare system, which means many patients have needs of palliative care” Abathun said of Ethiopia. “Otherwise they will die, in suffering, in pain and without dignity.”

Abathun said this type of care is a human right. Harriet Andrews, the Irish Ambassador for Hospice Ethiopia who made a recent trip to the United States with Abathun, agreed. 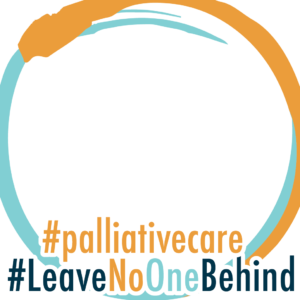 “If I could have one person not to die roaring in pain, I will do this all day long,” Andrews said. “Once you’ve seen anybody who is in agony, I think you can never look back. You need palliative care.”

Abathun runs the only non-government operated hospice in Ethiopia and it has zero beds.

“We provide home-based care, outpatient care and palliative care,” Abathun said. “The concept is in the infant stage for the country.”

Hospice Ethiopia was founded in 2003 and has about 270 patients — each seen about once every two weeks.

When (now former) Snowline Hospice CEO Michael Schmidt and Medical Director Jeanine Ellinwood first heard about the dire situation in Ethiopia, they immediately wanted to help. They met with Abathun in Ethiopia and liked what he brought to the table.

“He is so passionate about helping the people in his country to avoid suffering during serious illness or end of life care,” Ellinwood said. “I think our missions are aligned and I really value his outlook.”

Abathun and Andrews recently met with the entire Snowline Hospice staff and board to learn about care in the United States.

“Our board has been very supportive of the global exchange as well as our staff,” Ellinwood said. “Our staff just embraced Ephrem when he was here and really was interested in learning more about it.”

The average salary in Ethiopia is much lower than the United States and Hospice Ethiopia stretches every dollar. A month of outpatient care can be funded for $75 while $25 can supply a patient and their family with money needed to buy the basics they need to live.

Abathun and Hospice Ethiopia are looking at the big picture too. 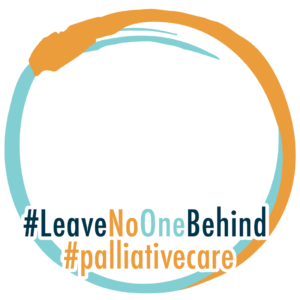 When Abathun was asked if $1 million would be enough to build a facility with 20 beds, he practically guaranteed it would. That’s less than it cost to build a McDonald’s in the United States.

“That’s not going to be fundraised in Ethiopia,” Andrews said. “It’s not going to happen with Ethiopian government support, but it’s not an awful lot to ask in order to fundraise in the States where people have the heart.”

When Andrews and Abathun went to a Snowline board meeting, the board members were brimming with expansion ideas and figuring out ways to get involved.

“We need to thank Snowline Hospice and the leadership including former CEO Michael Schmidt and his wife Sue, current CEO Tim Meadows, Dr. Jeanine Ellinwood, the entire staff and board at Snowline and Stephanie Council, who is a part of the U.S. team for Hospice Ethiopia,” Abathun said.

To support Hospice Ethiopia visit hospiceethiopia.com and to donate to hospice work in Africa follow this link.

This article was originally published by the Mountain Democrat Newspaper, on December 6, 2021 on page B1