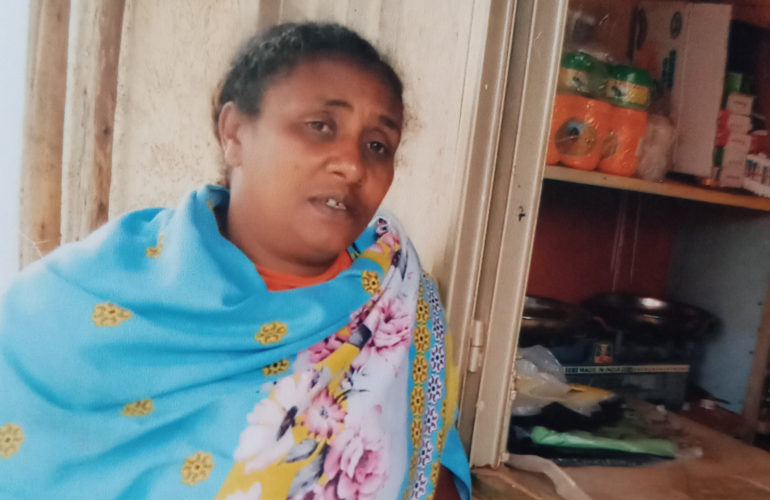 Before accessing palliative care, Etsegenet, found herself in severe physical, psychosocial and spiritual distress. A mother of four, living in Addis Ababa, she suffered pain associated with her cancer diagnosis.

She now accesses palliative care and is supported by Hospice Ethiopia. As a result of this holistic care, she says that she has very good physical, psychosocial and spiritual status.

Etsegenet believes that palliative care should be available to all in Ethiopia, saying: “Palliative care must be accessible because there are numerous people suffering from life threatening illness in developing counties like Ethiopia, especially women with breast and cervical cancer.”

Once she accessed palliative care and her suffering was relieved, she was in a position to help others. She says: “I have comfort and improved health status. I am now able to help others by giving care and raising awareness for those who are in the position I was once in. My family is very happy, satisfied and at peace with my improvements and that am alive now with no pain.”

As well as addressing the symptoms of her disease, and easing her psychological and spiritual suffering, accessing palliative care has helped address the financial burden of her illness. She says: “After accessing palliative care I had the initiative, courage and psychological readiness to start from the beginning again. I attended a small scale business training offered by Hospice Ethiopia and I am currently bringing in an income.”

Working with Hospice Ethiopia, particularly on the Patient Power project, has helped Etsegenet to build her confidence to speak out for other people in Ethiopia to have access to palliative care. She says: “I used to give up on myself, I never thought that I would be here today. I advise and encourage people to not give up on themselves and not to wish death. Even though death is inevitable, it should be without suffering.”