In hard and unprecedented times the vulnerable become more vulnerable 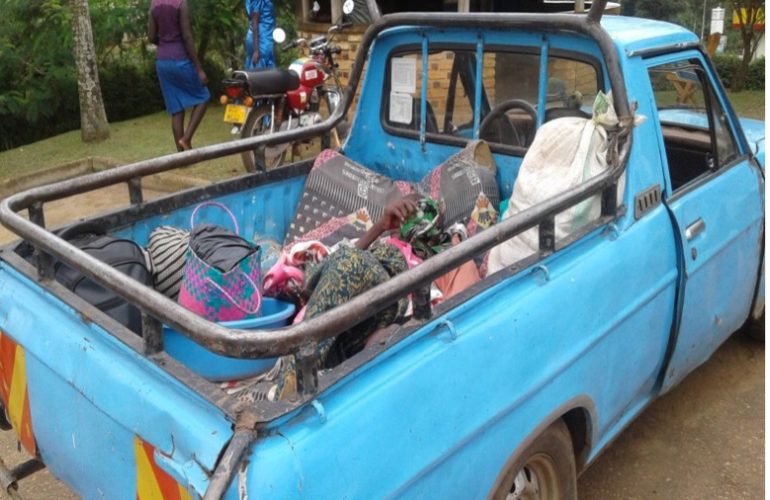 The global Covid -19 pandemic has had a devastating impact on patient care, and this impact has also ‘metastasized’ to cancer and chronic non-cancer patients on, and/ or in need of palliative care. The enforcement of curfews and lockdowns, coupled with temporary suspension of private and public transport to curb down the spread of the virus has presented practical transport challenges to patients and their carers.

In fact, initially, at Mobile Hospice Mbarara (MHM), we adjusted our work schedules so that only one clinician per day was to be seeing patients as we thought very few patients would be coming to the clinic given the transport challenges.  Nonetheless, cancer pain is unbearable without medications for relief, and soon the one clinician was overwhelmed by patients’ numbers who needed palliative care.

So, one would wonder, how did the patients manage to come to the clinic against the odds of transport? The phone became a very useful tool in keeping communication flow between the hospice team and the patients, and their family carers. Most of our patients at MHM come from very far and are out of catchment area. Patients/family would call and we would advise them to get the passes to come to hospice from their local council leadership. Then, they would get the movement pass from the RDCs. Of course, it was not easy but some navigated the bureaucratic and tiresome process and got the movement passes. Agonizingly, some of our patients walked like 40kms to come and pick their medicines. Whilst some, especially the very frail (sick) patients were unable to sit on boda boda (bicycle and motorcycle taxis), and so they had to send boda boda men to come and pick their treatment but still we needed to know the condition of the patient. The phone came into use again. Whenever the boda boda man would arrive at the clinic with or without the patient’s medication chart, we would retrieve their case notes, call the patient and talk to them and try getting their condition and feelings in detail, and then we would count the medicines and send to them.

Financial constraints cannot fail to feature in the equation given that the majority of our patients are needy. Again, many come from very far and they had to pay boda men who charge them as much as two to three times the normal cost to come and pick up their medicines. New patients, referred from the referral hospital and other facilities, also come for care. These patients have come from very far and they have been brought by ambulance and you might think the ambulance is free! However, the patients would  pay for fuel, and sometimes an allowance for the driver as well.

There was the distressing case, of a man aged 68yrs, HIV positive and who had an advanced head and neck tumour.  He had been a builder all his life and yet he had never built a house for himself. He had 10 children with two different women of whom one died.  He had 8 girls and two boys, of whom both boys and four girls died. He became extremely sick and he was taken to nearly every hospital. His histology results confirmed a squamous cell Carcinoma, poorly differentiated keratinizing type involving skeletal muscles. While they were planning to get chemotherapy from the Uganda Cancer Institute (UCI), he ran out of money. He was taken back home with all his unmanaged pain and was unable to eat. The land lord demanded his rent, so the neighbor called the uncle in Mbarara and said that the man had died and they should go and pickup the dead body. When the uncle arrived, he found the man breathing and he took him into his home where a community volunteer worker ( CVW) was called to see the patient and he referred them to Hospice.

Now the challenge was how to get the patient to hospice. The uncle asked his friend who had a pick up to give them a ride to Mbarara. The owner of the Pick-up refused as he feared his car being impounded if they found there was a person aboard without a travel pass. The uncle of the patient insisted that his friend’s car would be protected. He decided to get up as early as 5:30 am so he would beat security curfew patrols. No sooner had they reached the main road than they noticed the police were stopping every moving vehicle. The driver parked the car at a distance and ran away into hiding. Then the uncle had to think quickly; he puts up his hand and tells the police that they have a patient who is very sick and the car has run out of fuel and someone has gone to get fuel.

When the policeman glanced at the patient, he replied “please be quick and take the patient”. So the uncle called the driver on his phone and told him to come out of his hiding place and continue with the journey. Regrettably, the police had to get from them the only five thousand shillings they had on themselves, reportedly “for tea”. The patient was really very sick, in severe pain, dehydrated and he could not swallow anything. We put him on a drip and gave him some morphine and he was able to utter a few words of thanks to the team. The uncle was so confused that he asked if there was any medicine which could revive the patient back to normal. He was given counselling on End of Life Care and he took the patient back home because if he died in hospital it would be another hassle to take the body home. The patient died within a week, pain-free in the comfort of his uncle’s home.

Indeed, in hard and unprecedented times like this Covid-19 pandemic, the vulnerable become more vulnerable and their suffering is amplified. Fortunately, with creativity, innovation, quick thinking and empathy, this suffering can be mitigated.