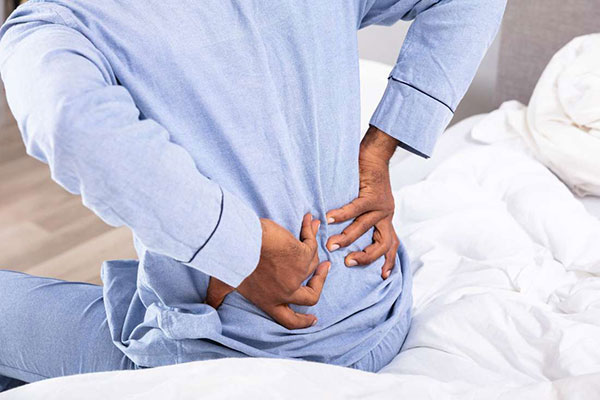 Chronic pain is one of the most significant causes of suffering and disability worldwide and a common symptom for both cancer and HIV& AIDS.

In 2014, all East African countries while attending the United Nations Assembly in Geneva, passed a resolution on palliative care which has nine roles for the member states.

These included training healthcare workers, provide palliative care and amend laws to ensure that there is access to controlled medicines.

“In some of our countries in East Africa controls are so tight that even patients in a cancer institutes who need more morphine for pain do not get it,” said Dr Emmanuel Luyirika, executive director of African Palliative Care Association.

A single convention on narcotic drugs was passed in 1961, which provides for access to controlled medicines used in palliative care, but also ensuring there is a balance between control and access to care.

More than 66 million people suffer globally, of which 5.3 million are children. Also, 80 per cent of these are in low and middle income countries.

According to the African Palliative Care Association, chronic pain is one of the most significant causes of suffering and disability worldwide and a common symptom for both cancer and HIV & AIDS.

The association indicated that because of not having palliative care in African countries, many people die prematurely. Their research concluded that early care improves not only the quality of life but also the duration of the survival of a patient.

Palliative care affirms life and regards dying as a normal process. “Everybody will die at some point, but how you go is what really matters, and we would love to support people to go comfortably,” said Rose Kiwanuka the country director of the Palliative Association of Uganda while addressing the East African Legislative Assembly in Zanzibar.

As part of the resolution passed by the UN General Assembly in 2014, Kenya and Rwanda are the only East African countries providing palliative care education, while Kenya Tanzania and Uganda provide palliative care learning content in nursing and medical schools.

In 2017, the World Health Assembly, which is the forum through which the WHO is governed by its 194 member states, passed a resolution on cancer with 22 roles for member states, one of which encourages members to ensure that there is access to palliative care.

In Africa only 28 countries have home-based palliative care services with South Africa topping with 109, Tanzania with 26, Uganda with 13 and Kenya with 12. In East Africa, Kenya has the highest number of patients in palliative care per year estimated at 3,000, according to the 2017 figures.

In East Africa, majority of adults in need of the palliative care have chronic diseases such as cardiovascular diseases (38 per cent), cancer at 34 per cent, chronic respiratory diseases at 10.3 per cent, Aids at 5.7 per cent and diabetes at 4.6 per cent.

The World Health Assembly resolution of 2014 indicated that the role of member states on palliative care is to include such care in education and training of care providers, review national and local legislation and policies for controlled medicines, with reference to WHO policy guidance on improving access to, and rational use of, pain medicines.

They were also to implement and monitor palliative care actions included in WHO’s global action plan for the prevention and control of non-communicable diseases between 2013 and 2020.

The African Palliative Care Association now wants East African lawmakers to lobby and allow member states include palliative care in the universal health coverage, reviewing the national and local legislation and policies for controlled medicines in member states will be of significance to allow patients access the drugs.

Uganda is the only EAC member where a nurse can prescribe controlled medicine. In other member states only doctors can make a prescription for the patient, meaning patients find that access to palliative care remains limited.