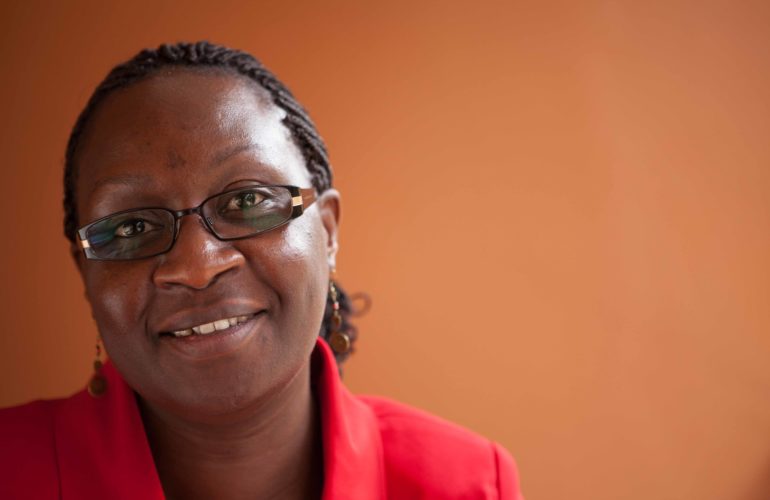 What significance do you think International Women’s Day holds for patients and service providers across Africa?

On a broad scale, International Women’s Day is about celebrating women from general aspects of appreciation and love to a more specific celebration of their economic, political and social achievements underpinned by education, health, empowerment and opportunities in all sectors. When you think about women in palliative care, specifically as care providers, we see women being on the frontlines of care. Many might be patients caring for other patients, but don’t have the privilege of being looked after themselves. If we think about HIV/AIDS, especially in sub-Saharan Africa, women have been defined as the face of the epidemic, meaning that they are often patients as well. Sometimes we neglect to recognise women in their many roles and for palliative care they are incredibly important as they are the backbone of care. We need to celebrate that more often.

Therefore, looking through the palliative care lens, International Women’s Day affords us the opportunity to remember and recognise women all over the world who are spending many, many hours looking after patients — often their own family members. It also gives us an opportunity to advocate on their behalf, drawing attention to the fact that they are taking on the burden of care and are making a big contribution to health care.  It is an opportunity for us to reflect on this contribution and recognise these women in our own way.

But I would also say that one day is not enough. Every day we should have a moment to think – who are the carers and how do we include the men so we can get more care for women. How has the development agenda made women have a better life?  How can we support these women? They are our mothers, sisters, colleagues, and more importantly – they are our partners.

With this year’s theme being ‘the gender agenda: gaining momentum’, what do you think the ‘gender agenda’ is in palliative care?

Gender is an issue that has not been well developed in palliative care. I remember in 2006, while still working for APCA, we partnered with the Canada Hospice Palliative Care Association and with funding from the Canadian International Development Agency, we  undertook a pilot project with an aim of exploring mechanisms of addressing the gender inequalities in palliative care. We were particularly concerned by the fact that there were a limited number of men involved in care.  We were of course careful not to simplify gender as just including men into care, but we wanted to know the balance between men and women with regard to the caring role.  We therefore conducted an assessment on the roles of men in providing palliative care, how they perceived this role and what they saw as the best way to support women in this area. Bearing in mind that women are the backbone of care who are also burdened by other duties in the home, APCA looked at how to decrease that burden so women can get the support they need.

We also looked at how we could mainstream gender into palliative care so it’s not a sidelined issue.  We found that some men felt marginalized as carers and they also lacked knowledge or awareness of how to provide care at home. Others saw this as a women’s job and were slightly hesitant to get involved. Overall however, the majority of those involved in the project were eager and enthusiastic to learn more and we developed training manuals for training men as carers.

However, with limited funding we were not able to move this agenda much further, and despite the enthusiasm, this is an area that is still largely neglected. Perhaps the theme of International Women’s Day is a reminder for us to revisit this conversation. A conversation that needs to be underpinned by a recognition that gender mainstreaming is an inextricable part of the provision of palliative care, especially with regards to HIV/AIDS. The mainstreaming agenda  will need however to be guided by an awareness of gender division of labour, gender identities and the unequal power relations between women and men and how this might in turn influence the overall approach and perspective of programmes and services.  More importantly, we need to recognise that women and men have different needs and interests and that different social and cultural forces influence their identities, behavior and opportunities.

What was the best advice you received when starting out and you would like to pass along to the next generation of African women, eager to impact the quality of care in their respective countries?

There have been many advisers out there but the most important for me were those who advised me to be myself.  I remember reading a quote that says “If you don’t have passion, then you have nothing. If you don’t believe in what you are doing, why would anyone else?”  These two issues have been key for me. My advise therefore to those who welcome it, is first and foremost be yourself because that is one thing we can all excel in. Then have passion, believe in yourself and always pray. We can all do better with some divine wisdom and favour. In my ongoing efforts to remain myself, to develop passion and to believe in me, prayer has been key in my life, trusting God to give me the wisdom and the tools I need every day.

Describe a catalyst moment that spurred you on to advocate for palliative care not just for your own country (Kenya) but for Africa (and internationally).

I started my palliative care career through the Diana Princess of Wales Memorial Fund. My first face to face encounter with palliative care was in coming to Uganda where I met a woman by the name Oliver who was bedridden.  She was being cared for by her seven-year-old granddaughter. I couldn’t comprehend how she could smile or put food on the table when she was bedridden, had HIV, was paralyzed from the waist down, and had a granddaughter with TB as her main carer. I just couldn’t comprehend it.

She welcomed us into her home; we talked about her illness, she was not in pain when we visited and she said that she had received good care. She asked me about my work, and I tried to explain it to her, while at the same time feeling so inadequate, wondering how my work would make this woman’s life better. She seemed curious and very interested in what I was saying. As we got up to say goodbye – she reached up and held my hand, looked directly into my eyes and said ‘’I wish you success’’. Looking away so that she might not see my threatening tears welling up around my eyes. I wondered, what does my success look like in this woman’s life?

That for me was the catalytic moment that made me delve into this work. I always say that it was like coming face to face with my job description.  Again spending almost eight years in Uganda with APCA, I can think of many more moments like this. Whenever I went for a home visit I would get energized. During each year’s commemoration of International Women’s Day, I remember the many patients, both men and women across the globe in need of palliative care and my wish is that pain and palliative care services will reach all those who need it in the not too distant future.

Oliver has since died but I know she died in peace and without pain and that’s something to keep me going. If we can’t cure the disease, let’s make sure people live with quality of life….

Can you tell us about a woman who had a most significant impact on your life?

Thinking on a personal level, my mother is the person who comes to mind. She may not be aware of her impact upon my life from a very early age. She did not go to school, and although she was uneducated, she knew that education was the only way we, her children would succeed. She encouraged me every day and she was proud of me when I did well in school.

More importantly, she was a women’s leader in her community for 20 years, leading women’s self-help groups throughout the 70s and 80s. I remember as a little girl reading her the bank statements of her group and taking minutes during her community meetings. At these meetings I would listen with huge admiration as she talked about women’s issues and the various projects they undertook. I remember watching my mom and seeing how she led. Feeling very proud of her I would also quietly think, “if she could do that, without being educated, then if I did very well in school then I too could be a leader one day”. She inspired me with a ‘can do’ power and even when I look back, I remember that she had and still does have such a powerful influence on me. When she says everything is going to ok, I know it will.

Beyond my mom there have been many other women.  I particularly remember my first chair of the board at APCA, Kath Defillippi. Kath was my mentor and in many ways my inspiration. Her many stories of starting palliative care development in South Africa made a huge impression on me. Along the way there have been many others, I fear to mention names here as I don’t want to forget anyone, so for all the women in palliative care from Africa or internationally who crossed my path before and will continue to do so in the future,  I honor you all and thank you for your friendships and encouragement in whatever form it took. Yours were the shoulders upon which I stood to be tall. Thank you and I celebrate you all during this International Women’s Day. More importantly, I salute the women who selflessly look after the sick sometimes with so little, I can’t help but be inspired by seeing what their work means to the world.