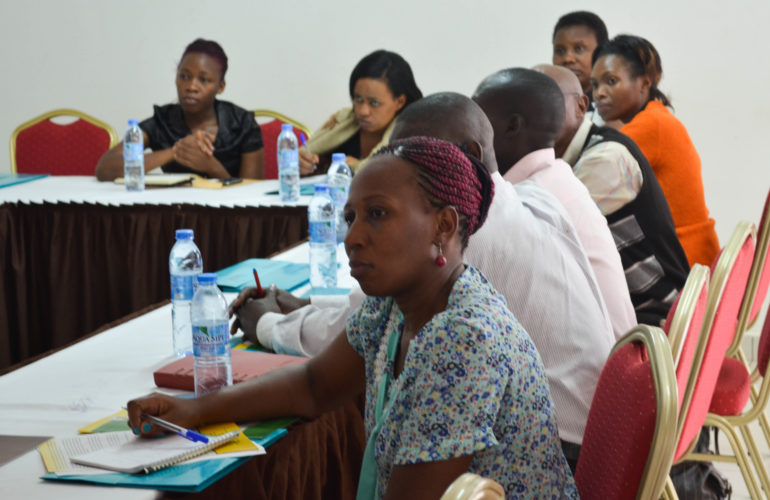 When a focus group of Ugandan journalists were invited to provide feedback on information that would improve their coverage of palliative care, their demeanour was somber.

As a result of this experience, their determination to ensure their colleagues were informed about palliative care issues was evident. “They were ready to share their knowledge with the general public,” noted Emilly Kemigisha Ssali, Programmes Manager for the African Palliative Care Association.

According to the journalists, the primary barrier to increasing media coverage of palliative care was their need to have a firmer grasp on the facts underpinning services so that they, in turn, could back their knowledge to the general public.

Their feedback was heeded. With funding from the Open Society Initiative for Eastern Africa and the Open Society Foundations in New York, APCA and the Palliative Care Association of Uganda (PCAU) worked with members of the Ugandan press to identify specific knowledge gaps that could be addressed through a series of media factsheets.

Any time a journalist would write about palliative care issues, they would now have access to statistics, definitions and frequently asked questions to enhance the accuracy of their reporting.

“These factsheets should enhance media interest in following up and exposing human rights and legal cases related to palliative care,” said APCA Programmes Director Fatia Kiyange, “This will contribute to wider advocacy and response efforts in the country.”

Media houses serve a critical advocacy role around public education of palliative care as a human rights issue, both for adults and children. By supporting the media with this series of factsheets, palliative care issues of public concern are widely publicised, which can help influence policy.