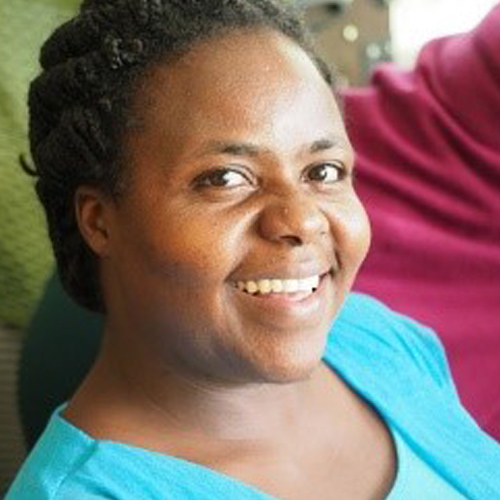 Esther is based at Rays of Hope Hospice in Jinja, Uganda, offering home visits and high-quality palliative care to some of the poorest communities in the surrounding area. Despite the challenges presented by a lack of resources, Esther and her team take a positive approach, preferring to focus on what can be achieved and not on unmet need.

She is dedicated to improving the quality of care, striving to reach for excellence and helping Rays of Hope to develop and grow in order to meet an ever-increasing demand.

Esther joined Rays of Hope Hospice Jinja, Uganda, in December 2007, when the charitable organisation was new. Today, Rays of Hope offers a crucial service, delivered by a team of dedicated nursing staff, social workers and clinicians who travel to bedridden patients in some of the poorest areas of the country. It is estimated that just 11% of people in Uganda who need palliative care have access to it. 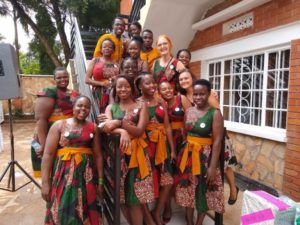 At the time of joining the organisation, Esther was a trainee nurse while also acting as a driver and administrator. She graduated as a nurse in 2012 and became a specialist palliative care nurse two years later. Education and constant improvement are important to Esther – in August 2019, she began a three-year bachelor degree course with Hospice Africa Uganda.

Esther is dedicated to improving the quality of life for patients, striving to reach for excellence in care within a resource poor nation. She is truly helping Rays of Hope Hospice to grow in order to meet an ever-increasing demand.

Rays of Hope Hospice, Jinja has developed from a handful of staff and a very simple structure to a much more developed professional organisation with a clinical team of nine staff serving many more patients. Esther has consistently been a very committed trainer of new staff, providing guidance in all aspects of palliative care, acting as a role model on how to relate to the patients and their families and ensuring the quality of support through love and respect. 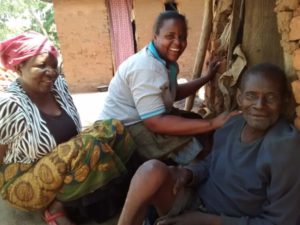 Despite the relentless challenges presented by insufficient resources and lack of statutory health care infrastructure, Esther continues to forge ahead with her team with a focus on what can be done rather than becoming overwhelmed by the significant unmet need. Through her teaching, she is developing a growing network of government health workers interested in and committed to palliative care.

Esther’s passion for palliative care nursing has come with a personal sacrifice – a salary which was lower than the Government pay for a nurse with her education. Together with her husband, Esther has four children to take care of, as well as several family members who are dependent on her support. It is the patients who keep her going – for Esther, working in palliative care is so much more than a job and she never stops compassionately caring for the people she looks after every day.

How do you inspire others?

Colleagues are full of praise,  pointing to the warm and personal approach she shows. Anybody accompanying her on home visits can see that she loves and is loved by her patients. It’s a physically and emotionally demanding job, with 10 to 12-hour days covering significant distances to remote villages. Even so, it does not deter Esther who even uses her own funds to provide for a patient’s needs. 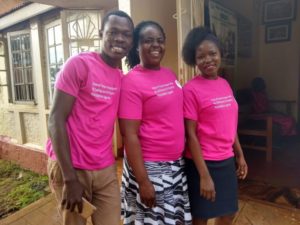 How are you working with your community?

Along with her nursing and medical colleagues, Esther has taken a lead in development and running training courses for government health workers. These training courses open up the opportunity for a much needed collaboration with health units to better diagnose and identify patients in need of further treatment, follow-up and continuing palliative care. Esther describes it as a small step toward the universal health coverage goal for 2030 – however, it is a most important step in a rural area where access to basic health services is very limited.

To learn more about the St Christophers Pioneering Nurses programme go to: https://ehospice.com/uk_posts/celebrating-pioneering-nurses/