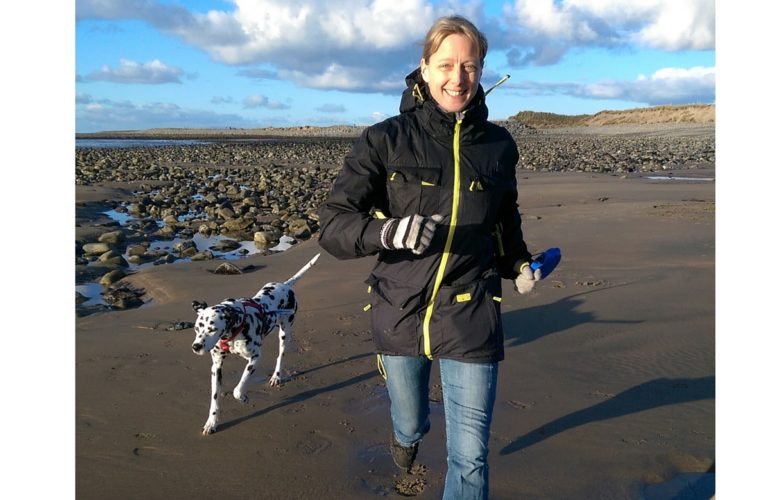 I first went to Uganda in 2003 on holiday for a period of three weeks.  I went because I love traveling, meeting people, and getting to know  their culture. I had just qualified as a doctor and was interested in palliative care. This interest stemmed from my upbringing where palliative care was breakfast, lunch, and tea.

My Dad had worked at St. Christopher’s in the late 60’s and early 70’s with Cicely Saunders. As a General Practitioner, he was, and is, passionate about providing and teaching palliative medicine. So, I connected to Hospice Africa and arranged to spend a week in a hospice called Little Hospice Hoima while I was there.

I had initial qualms when I went out there.  My main concern was whether investment and teaching in palliative care was appropriate in nations where the health care still requires much investment and continued development.

Would the money be better spent improving the health care systems and preventing deaths than on enabling people with life limiting illnesses to live as fully as possible through support and provision of appropriate medical care and medications?  Was in fact palliative care a luxury appropriate only for more developed nations?

My week in Hospice Hoima demonstrated to me that palliative medicine is far from a luxury that only developed nations can afford. The multi-disciplinary team in Hoima were welcoming and impressive in their teamwork. I went and visited the local hospital with them and travelled out to remote villages to meet patients with a variety of life-limiting illnesses, including different cancers and HIV.

It was one of these visits that demonstrated to me the importance and affordability of developing palliative care/medicine in tandem with progressing a health system.

We went set out in a 4-by-4 and drove to a remote dwelling to visit a man who had first been visited by the team a month earlier.  He was living in the cow barn with the cows, because he had a large fungating tumour which smelt awful and caused him pain. However, I was told he was lucky because he was being cared for and fed by his daughter and son in-law who had no cultural obligation to look after him.

The palliative care team taught the daughter how to care for her father’s tumour. They showed her how to wash it and apply topical antibiotic to alleviate the smell.  They taught the family about oral morphine and how to use it. They also suggested to the family that they separate off a section of the cow shed for their father’s use so that he could have a clean environment in which to live.

When we arrived to review the patient, the family greeted the team with delight and the patient beamed with happiness.  He was now pain free, smell free, and living in a better environment.  The significant benefit this gentleman and his family had received had taken one visit, some basic education and the use of cheap medications (an average week supply of morphine in Uganda costing the same as a loaf of bread).

In every society, culture and nation, people are dying… we have no cure for this yet! In less developed health care systems, people die younger from disease that they might otherwise recover from in a country with more resources.

Like people in more developed countries however, people in other countries deserve and have a right to live with their life-limiting illness as fully as possible. They should not suffer unnecessarily so that they can enjoy their time and family as much as possible, leaving good memories that will help comfort their grief.

It is therefore important that we develop and integrate palliative medicine into developing healthcare systems so that people now can benefit from these interventions.

How palliative care services in Uganda differ from the UK

Presently, I am working in the Republic of Ireland as a palliative care consultant.  I am British and was trained in the UK and worked in the UK as a junior doctor.

Palliative medicine in the UK and Ireland share many similarities to those in Uganda in the sense that they share a belief and philosophy in the need to holistically assess and treat patients with life-limiting and threatening illnesses so they can live as full a life as possible with as little suffering as possible.

In both countries, people have chosen to go into palliative care and are passionate about their desire to try and prevent suffering and improve the lives of patients they are working with. In both places, palliative care is provided in hospitals and in communities by multi-disciplinary teams.

However, having been in Uganda, I recognise the privilege we have by living in the UK and Ireland.  I remember meeting my first patient in the hospice after returning from Ireland and being impressed by what we take for granted.

He was in a single room, in a clean bed, he had caretakers to wash him, food, and free and easy access to the medicines that he needed.  Had he been in Uganda, he most likely would have been in a crowded ward.

His family would have brought bedding and would need to wash and feed him.  They might be struggling to find money to buy his medicines and basic medicines might be difficult to obtain.  If he were in rural Uganda he might even have difficulty accessing morphine to control his pain.

In Britain and the UK, this gentleman would have access to basic and specialist palliative care wherever he lives, but in Uganda, with resources stretched and systems still developing, at present that level of provision is not available.  However, huge progress is being made through education regarding palliative care and through the advancement of government policies that support and assist ongoing development.

How much are you hoping to raise and what will the funds go towards?

I hope to raise as much as possible! I arbitrarily put 3,000 pounds on my Just Giving site and I am 30% of the way there!

The money is going to fund the APCA UK. This is an organisation that aims to improve and develop palliative medicine across the continent of Africa. They work with local organisations and government with an aim to help develop and integrate palliative care into national health systems at a ground level through education and at a national level through policy.

As a result, the aim is to increase access to palliative care throughout the continent of Africa and in this way make a big difference to many individuals lives. Palliative care should be available to everyone.