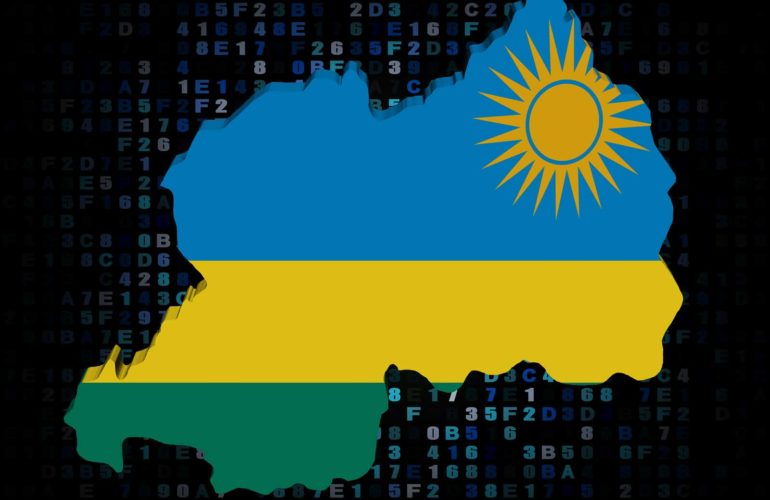 Rwanda is a small country in Central Africa with a population of about 11 million people. Most Rwandans practice subsistence agriculture. Poverty in Rwanda is severe and widespread. As in any country, many people in Rwanda suffer from terminal diseases which inflict terrible pain, especially cancer and HIV/AIDS. For more than a decade, the government of Rwanda has taken the initiative to ease the suffering of the terminally-ill by distributing morphine, completely free of charge, without the involvement of any pharmaceutical company. By the end of 2020, the Rwandan government aims to achieve universal palliative care.

Morphine is an opioid which grows naturally in the opium poppy plant. When morphine enters the central nervous system, the drug binds to opioid receptors in the brain and spinal cord to diminish sensations of pain. Despite the risks of addiction and overdose which accompany the use of any opioid, morphine can help people endure painful symptoms and injuries. The World Health Organization considers morphine an essential medication.

For decades, patients with terminal diseases in Rwanda had no alternative other than to die in agony. In 2011, Rwanda began to implement a national palliative care policy, a groundbreaking endeavor for Africa. Since the country cannot afford to buy morphine pills from drug companies, the Health Ministry pays Rwandans to manufacture bottles of liquid morphine in local laboratories. The government then sends the morphine to pharmacies and hospitals, and health workers deliver the drug to people’s homes. 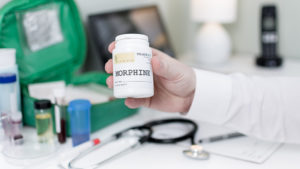 Each bottle of liquid morphine costs less than one dollar to produce. The formula, powdered morphine mixed with water, is also simple and minimally addictive, since the morphine in one bottle is so diluted. Even still, the mixture is powerful enough to treat pain. Many dying Rwandans report that liquid morphine has substantially improved their quality of life.

The idea of producing liquid morphine for palliative care originated in the neighboring African country of Uganda. In the 1990s, a British doctor named Anne Merriman founded Hospice Africa Uganda, a charity organization dedicated to ending suffering. With the help of some local doctors, she and her organization began to distribute bottles of morphine to terminally-ill Ugandans and started to train nurses and surgeons to safely use the opioid. Like Rwanda, Uganda had a limited supply of analgesics. Most Ugandans could not afford pain medications, nor could the government afford to buy opioids in bulk from drug companies which saw little profit potential in Africa.

In 2004, the success of Dr. Merriman’s program had become evident and the Ugandan government rescinded laws against morphine prescriptions. The following year, the government assumed oversight over the distribution of liquid morphine to guarantee every Ugandan free access to the medication. There is no evidence that the proliferation of liquid morphine in Uganda has caused an addiction crisis. Today, Uganda hosts the African Palliative Care Association, a non-profit which advocates for liquid morphine initiatives in other African nations. While Rwanda and twenty other countries now provide liquid morphine, other countries in Africa have been reluctant to adopt the Ugandan model for fear of promoting opioid addiction. As a result, palliative care remains out of reach for millions of people throughout the continent.

Why Is There No Morphine Epidemic in Rwanda?

While the people of Uganda and Rwanda benefited from liquid morphine, prescription opioids caused an addiction and overdose epidemic in the United States. There are important differences between Africa and the United States which explain why opioids helped Rwandan and plagued Americans. 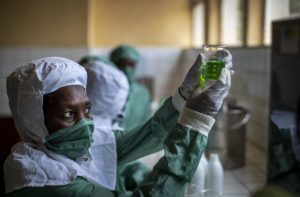 A recent study in The Lancet academic journal outlined the disparity in opioid access between the wealthiest and the poorest regions of the world. The United States manufactures and imports far more opioids than Americans need, while impoverished nations which host the majority of the global population hardly receive enough opioids to meet the needs of their citizens. Although opioids are dangerous, they remain the most effective class of medication in the world for treating pain.

In the United States, drug companies distributed a variety of synthetic opioids far more potent than morphine, and many doctors enthusiastically overprescribed them to patients. To increase their profits, Big Pharma began to promote opioids as the solution to chronic pain in the absence of terminal illness. Consequently, patients started to use opioids for long-term conditions which require treatment for years, such as arthritis and nerve damage. These patients became returning customers for medications like OxyContin, but many of them fell prey to opioid dependence and lost their lives. For twenty years, the United States government exerted little effort to regulate the opioid industry.

By contrast, the Rwandan government strictly controls the liquid morphine supply. Since no one in Rwanda earns money from morphine, there are no profit incentives for unnecessary prescriptions. Liquid morphine in Rwanda is exclusively for the dying, not just for anyone with pain. As a result, Rwandans who use morphine do not become dependent on the opioid for years or decades. As the United States manages the devastating consequences of an opioid crisis, Rwanda might serve as an example for how wealthier nations could utilize opioids more safely.

This article was written by Nathan Yerby, and published on www.addictioncenter.com on 24 January 2020