Premiere of Documentary Film: Watch Over Me 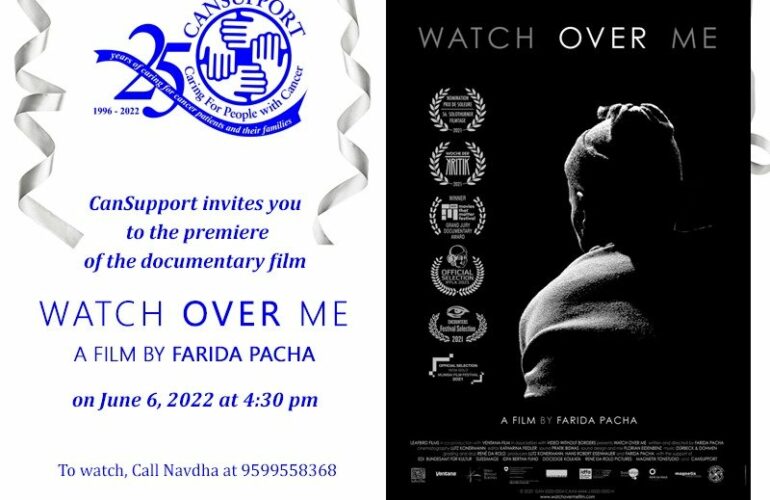 ‘Watch Over Me’ is a impressive, deeply moving documentary about a Delhi palliative care team visiting terminally ill cancer patients at home. Counselor Maniamma, nurse Sini and doctor Reena help them make the time they have left as pain-free and dignified as possible, while preparing them and their family members for the inevitable end.

“Watch Over Me” won The Grand Jury Documentary Award at the Movies that Matter Film Festival held in The Netherlands and German Star of India at the Indian Film Festival Stuttgart in Germany in 2021 besides being nominated and screened at various film festivals around the world.

This award-winning film was directed by Farida Pacha. Farida was born in Mumbai in 1972 and studied filmmaking at Southern Illinois University, USA. Her debut feature documentary, ‘My Name is Salt’, has been screened at over 80 film festivals and has won 34 awards. Interested in exploring the human condition, Farida relies on a distinctive observational style to tell intimate stories that slowly unfold over time.

This information was provided by CanSupport