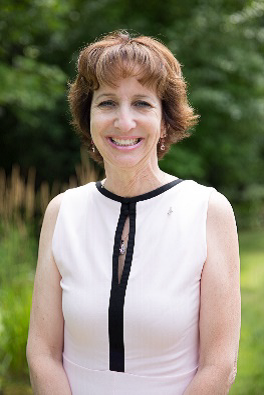 Teresa Dellar was the Executive Director of the West Island Palliative Care Residence since 2001. She co-founded the Residence with then MNA Russell Williams in 1998. The need for the Residence grew out of her concern for terminally ill patients who had to be transferred downtown in their final days, away from their community and loved ones. Ms. Dellar graduated with a Bachelor’s (’83) and Master’s degree (’90) in Social Work from McGill University. She earned a Specialization Certificate as a Bereavement Facilitator (NCBF) in 1995 from the American Academy of Bereavement. She was certified as a Fellow in Thanatology in 2012 and by the Association for Death Education and Counseling in 2009.

The West Island Palliative Care Residence opened its doors in 2002 with 9 beds in Kirkland, Quebec. In February 2012, the Residence opened 14 additional beds on a dedicated floor of a nearby long-term care facility, bringing its capacity to 23 beds, thereby making it the largest community based palliative care residence in Canada. To date over 4,100 terminally ill patients have spent their final days at the Residence with over 17,000 of their family and loved ones by their side. In April 2018, the Residence launched its major fundraising campaign, Caring & Sharing – Under One Roof to raise $12.5 million to consolidate its two separate locations into a single, expanded facility housing all 23 beds in order to optimize its provision of care and to share best practices with the creation of its new branch, the Montreal Institute for Palliative Care. Officially launched in May 2018, the Institute’s mission is to extend the benefits of best-in-class palliative care to as many patients and families as possible through education, knowledge exchange and research.

Immediately prior to establishing the Residence, Ms Dellar was a Human Relations Agent, with a specialty in Oncology Social Work at the Lakeshore General Hospital. From 2007 to 2014 she taught as a Sessional professor at McGill University’s School of Social Work. She also worked as an Adult Education Teacher of Social Work and Gerontology at Collège Marie-Victorin from 1991 to 1994. Ms. Dellar is a member of the McGill University Palliative Care Council and she is on the Executive of the Board of the Alliance des Maisons de soins palliatifs du Québec. She is also active with the Canadian Hospice Palliative Care Association and the International Hospice Association. She is currently a trustee of the Montreal St. Patrick’s Foundation and was a member of the board of the Jean Cameron Palliative Care Foundation, which wound down its activities in 2017.

Ms. Dellar has been celebrated for her many achievements over the last 19 years including “Personality of the Year” Award – Cités Nouvelles, 1999, “West Islander of the Year” Award – The Chronicle, 2002 and 2012, The Montreal Council of Women “Woman of the Year Award” in 2005, the Queen Elizabeth Diamond Jubilee Medal in 2012 and the Loyola Hall of Merit in 2016. In November 2016, Ms. Dellar was awarded the Meritorious Service Cross by then Governor General David Johnston, recognizing her contribution to palliative care in the West Island community, as well as her acknowledged leadership role in the field throughout Canada. In 2017, together with other prominent members of the West Island community she was awarded the Canada 150 Community Service Award.

Ms. Dellar passed away on August 19th, 2019, after a brave and courageous fight with cancer.