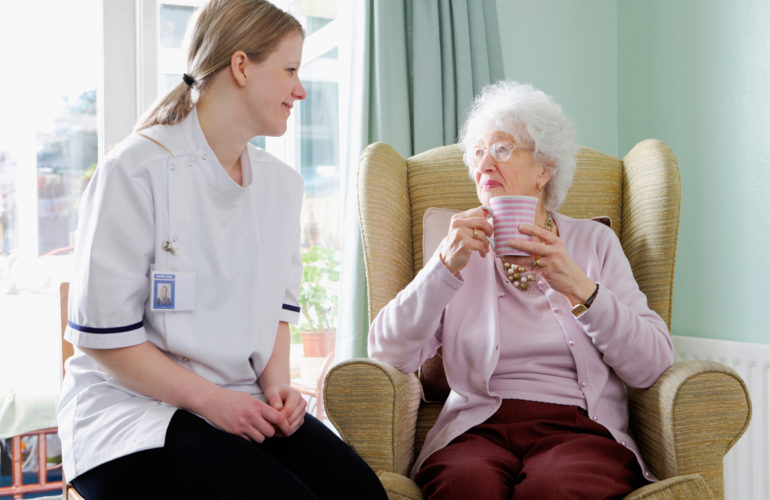 Cape Breton Richmond MLA Alana Paon is calling on the government to expedite efforts to bring guaranteed palliative-care services to communities across the province.

On Tuesday at Province House, Paon raised the story of Danny Latimer, a constituent with terminal cancer. The Cape Breton Post reported Latimer recently spent two days on a stretcher in the emergency department of the Strait Richmond Hospital because there wasn’t available space for him and his wife, Linda, elsewhere.

Paon said the situation highlights a problem at the Strait Richmond Hospital specifically, but also raises questions about available resources in other communities.

There isn’t a unit dedicated to palliative care at the hospital and no guaranteed beds, said Paon. Two rooms have been retrofitted by a palliative-care group to make some space available for families, but Paon said that isn’t enough to meet the area’s need.

The nearest palliative care, she said, is either at St. Martha’s Regional Hospital in Antigonish or in Sydney.

Not only is it a disservice to patients who fall in between those areas, said Paon, it’s also unfair to the staff at Strait Richmond who are working to provide services for people who need them.

“The staff already are almost experts, really, in that field, so why not provide them with the proper resources available so that they can actually do their jobs to the best of their abilities and provide the best services possible for the people of Cape Breton Richmond.” Read more…