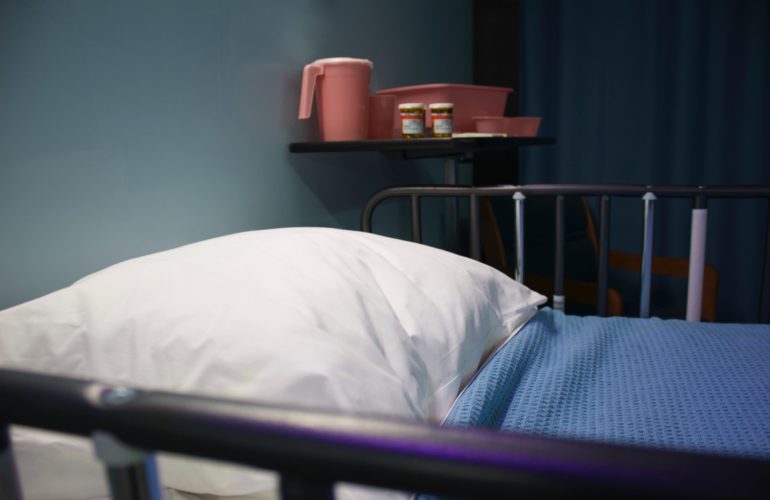 The original story was posted on CBC by Jack Julian.

The Cumberland County Hospice and Palliative Care Society says COVID-19 has slowed fundraising, but not its drive to build a hospice facility near Amherst, N.S.

“The vision would be to have a building that would house people and their families,” said the group’s operations manager, Laura Hicks.

The facility would allow a dying person and loved ones to gather together, with both medical and emotional care nearby.

“You do need nurses, but you need people who are there to support,” she said. “To have a little talk or be able to hold someone’s hand or just be able to listen.”

“There are a lot of people that don’t have a lot of family or don’t have family. Their children are away, whether they be out West or anywhere else in the country,” she said.  “We just feel that, you know, we could support people in a much better way.”

Hicks praised the teams of doctors and nurses who provide palliative care in Cumberland’s five hospitals.

But she said moving the dying process outside hospitals can provide a more comforting experience for everyone.

“Hospitals just aren’t geared for that; for the most part, they’re geared to make you better,” she said. “People at the end of life need different care.”

Hicks said her group has a building site, a scenic property with a view of the Tantramar marsh, which was donated by prominent Amherst farmer and businessman Harold Lusby, who passed away in February.

She said it’s still up for debate how big the facility could be.

With the Amherst hospital also serving people from across the New Brunswick border, Hicks said a 10-bed facility could work well.

“We could likely fill a 10-bed hospice without a problem. It would be great to have even five beds that we could use for people who are at the end of life,” she said.

With fundraising activities on hold during the pandemic, Hicks doesn’t have an exact timeline moving forward. But she remains hopeful the project will come together in the next couple of years.

She said the society has several hundred thousand dollars raised of a projected $4-million construction cost.

“It’s not just building it…. we have to be able to run it,” Hicks said. “There’s no point in building a building if you can’t maintain it and you can’t keep it going.”