Opinion Dad’s heading into hospice care - can we make the best of the worst? - ehospice

Dad’s heading into hospice care – can we make the best of the worst? 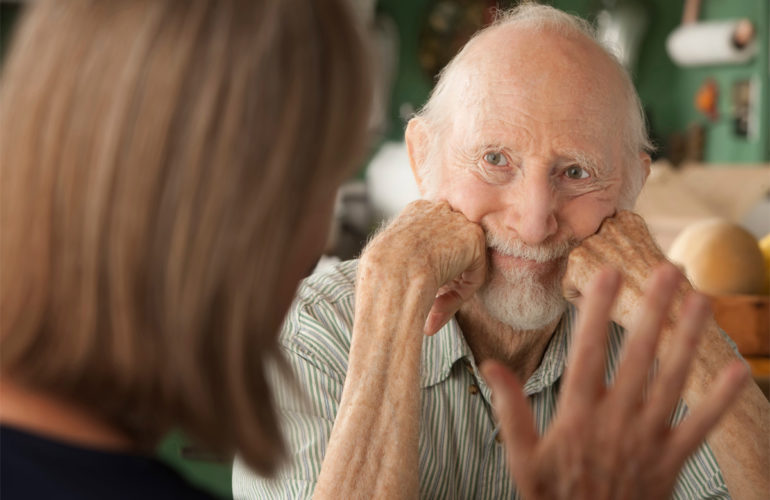 We were shocked and giddy, not shocked because we were surprised – the call to hospice came after a short stint in hospital where it became clear that there was more cancer than lung in my father’s chest – but shocked because this was happening to us. Surely palliative care and hospices happened to real adults, not people who shoved a bathrobe into an enviro bag at the 11th hour. We were giddy, my husband, my sister and I, because that is us, and I smiled and preened at the security camera mounted on the ceiling while we waited for someone to answer the door. There were pumpkins on either side of the front door and giant sticks arranged in giant pots, tastefully festive and illuminated by lantern light; it was like nothing more than approaching a new build in a subdivision.

The guy that let us in returned to sit at a table with a handful of other people; there was a child sleeping on the sofa in the living room. The vibe was deliberately home-away-from-home. We came to know that groups of people gathering, especially at 9 p.m., was not a good sign but in that moment we felt very much like the newbies: the freshmen scrutinized by the graduating class.

The move to Campbell House should have felt grimmer. I wasn’t under any illusions; I understood why we were there, but I was also curious, about the place where it felt vaguely like we were invited guests. I’d heard a lot around town about the amazing soup they served – and about how this death caper was going to play out. But I couldn’t picture how “after” would look or feel.

Getting here had already been a wild ride. Three years previously my fit, health-conscious stepmother was felled by cancer, six months from diagnosis to death. This was not how anyone thought things would go. My father was not fit or health conscious, he’d had a lifetime love of scotch and cigars, had diabetes and coveted Kit Kats, he rained salt on everything and had already survived an operation to remove a piece of his gut perforated by colon cancer. And yet he was the one left standing. Everything changed, just like that. Read more…