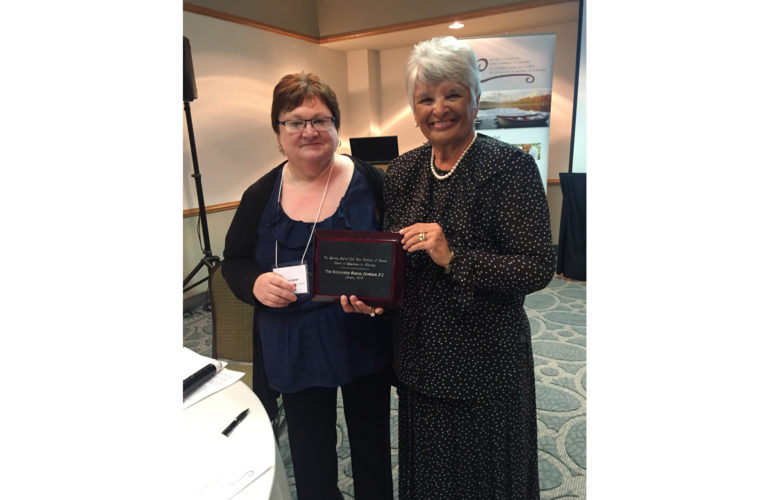 Carstairs has worked as an advocate for hospice palliative care since Prime Minister Chrétien appointed it her special responsibility in 2001. She has assisted Health Minister Anne McLellan in supporting the federal government’s interest in the development of palliative care by working with provinces, territories and non-governmental organizations to ensure that palliative care meets the needs of Canadian citizens, families and care givers. Her advocacy efforts as a member of the Champions Council of the Canadian Hospice Palliative Care Association (CHPCA) have also played a role in the progress of quality end-of-life care in Canada.

“Sharon’s list of accomplishments is overwhelming and we, as members of the QELCCC, have been the beneficiaries of her tireless advocacy.” stated Sharon Baxter, secretariat of the QELCCC and Executive Director of the Canadian Hospice Palliative Care Association. “Sharon has spent many hours giving advice and providing a caring ear to countless people who have emailed or called, seeking her guidance as they traveled through the journey of losing a loved one.”

Sharon was the champion that led to the announcement of the first national strategy on palliative and end-of-life care in 2002, the Compassionate Care Benefit program in 2004, the Canadian Virtual Hospice, and the 16.5 million CIHR research fund amongst other initiatives.

“For 14 years I have been watching the QELCCC grow into a mature organization around the theme of end-of-life care. To bring so many diverse groups together is a challenge. But a worthwhile one since the quality of our dying should be a concern of all of us,” stated Carstairs.

“To be given their advocacy award and to know that in the future the award will carry name is a humbling and most welcome gift,” Carstairs said.