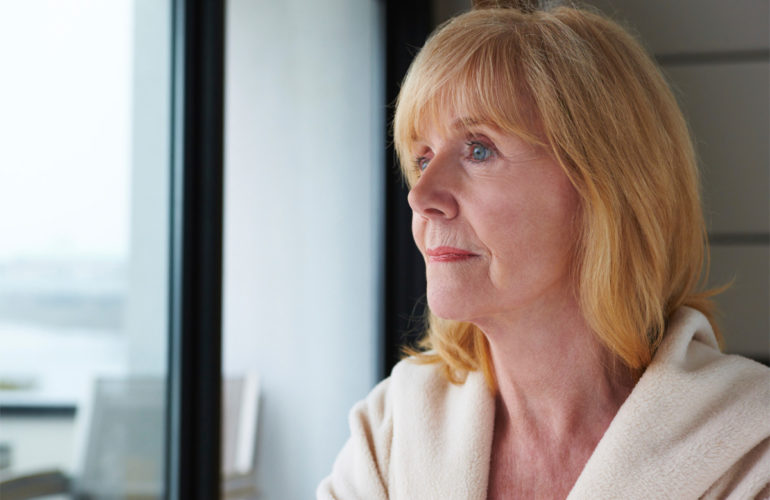 The contribution was made in honour of their mother, Shannon, who died earlier this year. The MacKays explained that their mother was a gifted and much-loved quilter who belonged to the Thimbleberries Quilt Group in Parksville, and they wanted to give something back to the hospital.

Jeanne Fahlman, development officer for the Nanaimo Community Hospice Society, said that when Shannon was on the palliative care unit, she was given a quilt to use during her stay.

“When her dear friends and fellow quilters, Fran, Sue, Charlotte and Dawna, to mention only a few, came to spend time with Shannon and her family they talked about how wonderful it would be to leave a legacy for Shannon,” she said.

A video, called Shannon’s Quilts, was put on Facebook to share the story but the family wants to share with others about the “good death” that they feel Shannon experienced with the help of the volunteers and staff at Oceanside and Nanaimo Hospice.

Run for Life raises cash The 11th annual Run for Life was a resounding success this year, despite the traditional west coast weather.

Organizers hoped to attract 200 runners and raise $35,000 for the Nanaimo & District Hospital Foundation and they were not disappointed.

About 215 runners registered for the five-kilometre fun run/walk at Bowen Park and while donations are still rolling in, they have already surpassed the goal.

The Hospital Foundation has pledged to raise 50 per cent of the cost, or $1.5 million.

The rooms are expected to be complete this fall.

For the third year in a row Mai Pham was the top pledge earner and won a trip for two to the Old House Village Hotel & Spa in Courtney.

Team RBC raised the most pledges in the team category and NRGH fielded two teams, the Smooth Operators and the Amazing Nurses.

For a full list of finishers or to make a donation to a runner visit www.nanaimohospitalfoundation.com/run.

“These shelving units are like gold to us and we really appreciate Canadian Tire helping us out like this,” Hamelin said.