Let’s ask the right questions about medical aid in dying 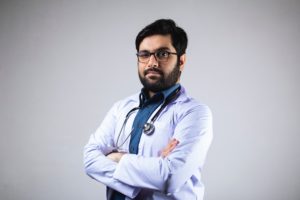 In “Oh Canada! Your New Law Will Provide, Not Prevent, Suicide for Some Psychiatric Patients,” Mark Komrad, MD, raised concerns about recent legislative changes in Canada (Bill C-7) that will permit euthanasia for individuals who are suffering irremediably and intolerably from severe psychiatric disorders.1 The article implied that these legal changes are wrong because they will fundamentally alter the practice of psychiatry, problematizing the field’s inherent commitment to suicide prevention. The piece noted: “Psychiatrists traditionally have done all they could to prevent suicide. Should they really facilitate it instead?”

We agree on one point: Psychiatrists and other mental health providers should do whatever they can to prevent suicide. Suicide is nearly always tragic, often preventable, and usually involves social, psychological, and other circumstances that, if psychiatrists or others were given the chance, could have been improved. No one wants the field to give up on suicide prevention. We also share a concern that Bill C-7 does not contain any requirement that patients seeking psychiatric euthanasia cannot have refused any evidence-based treatments. It would indeed be tragic if someone received medical aid in dying (MAID) to end the suffering caused by an illness that was eminently treatable.

Still, there is much that is problematic about the analysis of this issue. Much of the case against Bill C-7 reverts to old, unpersuasive worries about slippery slopes. While it is true that the scope of MAID in Belgium and the Netherlands has expanded over time, and also true that there has been somewhat more uptake of euthanasia in these countries, it is question-begging to suggest that this shows the original practices were wrong. Furthermore, it is deeply contentious whether euthanasia for patients who regard themselves as having had a complete life, or who find that they are tired of living, is itself wrong.2 Appeals to slippery slopes frequently amount to little more than alarmism, and they are often simply selective reasoning. What should we make of the fact that no slippery slope has been evident in places like Oregon and Washington, where physician-aided dying has been legal for longer than anywhere else?

The article also revisits oft-repeated arguments about the impact of MAID laws on vulnerable groups, especially individuals with disabilities. We concede that these concerns highlight the importance of protections for patients in those groups. Societies like Canada that permit MAID for different groups should strenuously ensure that doing so does not ultimately attenuate those groups’ access to medical or psychiatric treatment, and we underscore the importance of monitoring whether Bill C-7 or other similar legislation leads to adverse effects for persons with disabilities. We also note, however, that thus far there is no compelling evidence that aid-in-dying legislation in any country is causally associated with worsened treatment of patients with disabilities, or with a disproportionate impact on vulnerable groups.

The article cited others who share these concerns, including the First Peoples of Canada, the Canadian Conference of Catholic Bishops, and a UN special rapporteur. It is unclear, however, what we should make of this chorus of objections. As their letter makes clear, the concern of the First Peoples was that MAID generally does not comport with their values, so that their tribal organizations should not be forced to provide or facilitate its provision. That is not exactly the same as an objection to the law itself. The view of the Bishops is unsurprising, and anyway not specific to the expansion of MAID to individuals with psychiatric illness, since that organization is opposed to MAID in any form. Similarly, we have doubts about how much weight we should give to the commentary from the UN special rapporteur: It was not long ago that the UN released a similar report condemning involuntary electroconvulsive therapy—a treatment that is essential for the management of disabling and life-threatening depression, albeit in rare cases—as a form of torture.3

Our primary concern with the article, however, is that it elides important distinctions between the deaths that are usually called suicide and the deaths that are usually permitted under MAID laws in Europe and Canada. Certainly, they all involve an individual hastening their own death by some means—they are all instances, ultimately, of self-killing. But that is where the similarities end. Whether one ultimately agrees with the practice or not, and not withstanding Kim’s finding that many individuals who receive MAID for psychiatric indications in the Netherlands had refused some treatments, one still has to concede that patients who pursue MAID for psychiatric reasons in places like the Netherlands have—unlike the vast majority of individuals who die of suicide—sought prolonged, intensive treatment, been extensively evaluated by psychiatrists and other medical providers, made a considered choice, acted deliberatively and conscientiously rather than impulsively, and been deemed to have an irremediable condition.

It is mistaken, or at least deeply misleading, to frame the central question about Bill C-7 and related laws as “should psychiatry give up trying to prevent suicide and instead start facilitating it?” The important questions—seldom addressed directly by critics of MAID—are whether patients with psychiatric illness could ever be so intractably ill that MAID is a reasonable option, whether it is possible reliably to determine that they are so, and how much treatment they ought to have had before their conditions can really be judged irremediable. We will not hazard an answer to those questions, but we believe they are the ones our field should ask.