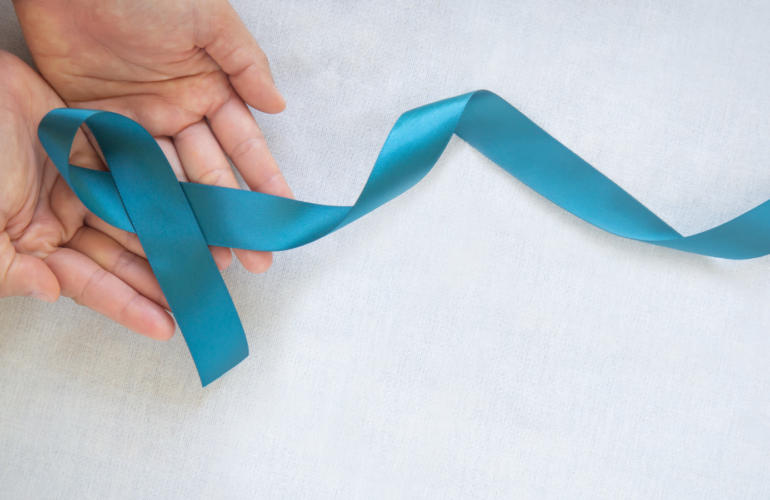 October 13, 2021 | No Comments
Categories: Care, Featured, In The Media, and Leadership.

This article was originally published on CBC.

Nadia Chaudhri, a Montreal neuroscientist who gathered a worldwide following while sharing her journey in palliative care with ovarian cancer, has died. She was 43.

Chaudhri was renowned for creating scholarships for underrepresented young scientists and raising awareness about ovarian cancer amid her terminal diagnosis.

Her friend and colleague, Krista Byers-Heinlein, tweeted confirming her death Wednesday afternoon, saying Chaudhri had passed away the previous evening.

“She leaves behind her Sun and Moon, a loving extended family, colleagues and students, friends around the world, and so many others who have been touched by her and her story,” Byers-Heinlein wrote, referring to Chaudhri’s six-year-old son and husband, whom she called her Sun and Moon.

“Nadia wanted the end of her life to be marked with a celebration of everything she brought to the world, rather than a mourning of what we have lost.”

Byers-Heinlein wrote that one of Chaudhri’s final goals was to raise awareness about ovarian cancer.

Chaudhri garnered an international audience of more than 143,400 followers on Twitter. She wrote on the platform in September about how she had been treated for a urinary tract infection for months before receiving a diagnosis for advanced ovarian cancer in June 2020.

While Chaudhri’s cancer had been discovered late, she wanted others to know about a screening tool developed by her doctor, Lucy Gilbert, whom she saw after diagnosis. The test can help with earlier detection and determine a patient’s possible predisposition to the disease.

Though Chaudhri shared the harsh realities of living with a terminal diagnosis — such as the angst she faced before telling her young son about it — she also shared pockets of wisdom and joy, including paintings she made, close-ups of flowers and pictures of her and her family.

Kristen Dunfield, an associate professor of psychology at Concordia, told CBC that Chaudhri had made her appreciate being an instructor more.

“I think that level of openness and honesty resonated with a lot of people. She was mid-career, thriving; she had this phenomenal lab and these great students. She has a young son and I think we can all resonate with the unfairness of cancer,” Dunfield said.

‘A force of nature’

Concordia University said Wednesday that Chaudhri’s cause had raised $615,000 from 8,600 donors, a record for the university.

Concordia called the scholarship in Chaudhri’s honour the Wingspan Award.

“Nadia was a force of nature. She was an incredibly talented researcher with a passion for teaching and student success matched only by her commitment to diversity, equity and inclusion,” Concordia President Graham Carr said in a written statement Wednesday.

Chaudhri was born and raised in Karachi, Pakistan, and left at 17 to pursue a liberal arts degree at Franklin & Marshall College in Pennsylvania.

She told CBC in April that support from professors there encouraged her to pursue neuroscience.

According to Concordia, she became the first woman to receive the college’s Williamson Medal, “awarded to a member of the senior class for their outstanding academic and extracurricular achievement.”

Chaudhri’s highly cited research focused on the development of alcohol and drug addiction and led to the creation of her lab at Concordia.

Chaudhri said providing mentorship to students eventually became a crucial part of her career, and made her want to leave a legacy that would help promote young scientists from underrepresented backgrounds, as she once was.

“Her innovative research led to major discoveries in the field,” Aaron Johnson, the chair of Concordia’s Department of Psychology, said in a written statement.

“However, perhaps her greatest accomplishment was working with students in her lab and our psychology program.”

Concordia promoted Chaudhri to the rank of full professor Sept. 9. The university will fly its flags at half-mast Thursday in her honour.