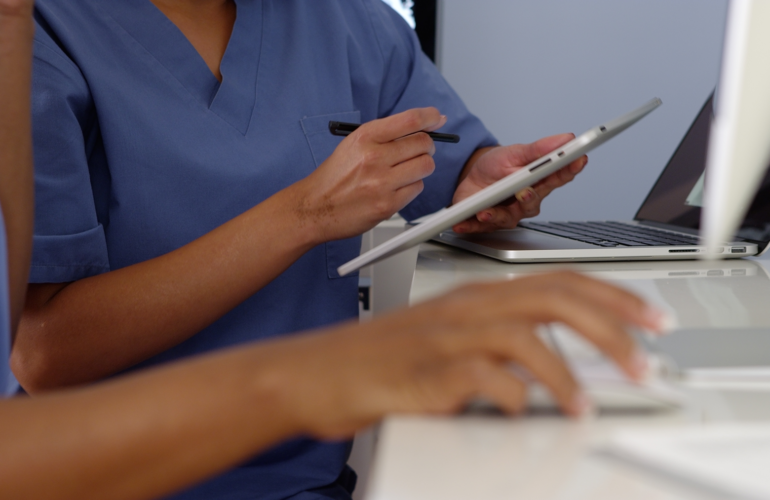 This article was originally published by Timmins Today on September 18, 2022.

Ontario’s doctors have recommended three timely solutions for some of the most pressing issues in health care.

The ideas were presented as part of an online news conference Thursday presented by the Ontario Medical Association and hosted by its president Dr. Rose Zacharias.

She said the urgency from the OMA comes on the heels of the staffing crisis that has become evident in the past few months.

“As you have undoubtedly heard, and some of you may have written about, record numbers of patients sought care and emergency departments this summer, some of which our emergency departments had to close on nights on weekends due to staffing issues, while the backlog of medical services and surgeries continues to grow, Zacharias said.

She added that it has also become obvious that too many Ontarians do not have a family doctor.

“So fixing Ontario’s health care system will not be quick, it will not be easy,” she said.

Also commenting on the situation was OMA member Dr. Joy Hataley who said that the doctor shortage issue existed before the COVID-19 pandemic but has since become worse. Hataley, who is also a family physician in Kingston, said that in 2018 it was known that roughly a million citizens in Ontario did not have a family doctor. By 2020 that number was closer to two million.

“And we’re predicting that in 2025 it will be closer to 3 million. This is untenable given to what happens to patients who do not have a family physician,” Hataley said.

She said despite having various incentive programs to attract more doctors to any community, there are just not enough physicians to meet the demand. She said Ontario has to look outside its borders. She cited Ukraine as an example, since four million citizens have already left that country.

“We wouldn’t be inviting people who are actively serving a war torn country in the Ukraine.  They’ve left.  Many of those people are healthcare workers that have skills, you know,” Hataley said.

“Can we figure out a route to inviting those people with the skill sets that we need here in Ontario? Can we find a route to bringing them here? And similarly with several other cohorts, you know, where should we be looking for the resources that we need and that we need now? We don’t have one or two decades to produce them on our own, we need to bring in other people.”

On the idea of Integrated Ambulatory Centres (IAC), it was explained that such centres could be set up as standalone care facilities that are for non-emergency health situations from initial consultations, minor procedures and surgeries on an outpatient basis, without creating any additional burden on acute care hospitals.

OMA member Dr. Jim Wright commented that the IACs are being created in other parts of the world and along with taking a burden off the acute care hospital system, it can save money.

“Ambulatory surgery and procedures can be delivered approximately 25 per cent more efficiently, including the Canadian experience. What does that mean? That means for the same amount of money, you can do 25 per cent more. Or for the same amount of procedures, you can do it 25 per cent cheaper. So that’s the fundamental rationale,” Wright said. He added that Ontario’s health system can be adjusted to ensure that regardless of where patients get health care they get the highest quality of care.

“But at that time, it cost the hospital $1,100 a day to keep that patient in the hospital. And a hospice resident, it costs $450 a day,” Buchman said.

“About 70,000 people die in hospitals a year and say we took half that, 35,000.  That could be looked after in a community hospice setting. We will be saving $550 a day, I think per patient. average length of stay of 21 days times whatever tens of thousands (of dollars). This works out to hundreds of millions,” said Buchman.

He said the plan to change hospice care is part of the OMA’s long-touted five-point plan to modify Ontario’s health care system.

“So we’re advocating for a whole network of hospice and end-of-life care that can be very cost-effective and give the quality of care that patients need,” Buchman added.

“We also believe that we should really be enhancing the palliative care services and supports at home. Right now we have a series of interprofessional teams but it is inequitable across the province. It’s really important to get those services everywhere in the province,” he said.

The OMA said it would also like to see more training to increase the number of palliative care health professionals and workers.

“Ontario spends more than $208 million a year on dying inpatients who are waiting for a bed in a more appropriate care setting. Ontario’s doctors think this money could be better spent on the beds and resources these individuals were waiting for such as beds in long-term care, hospices and hospital-based palliative care units, or home care,” said the OMA release.