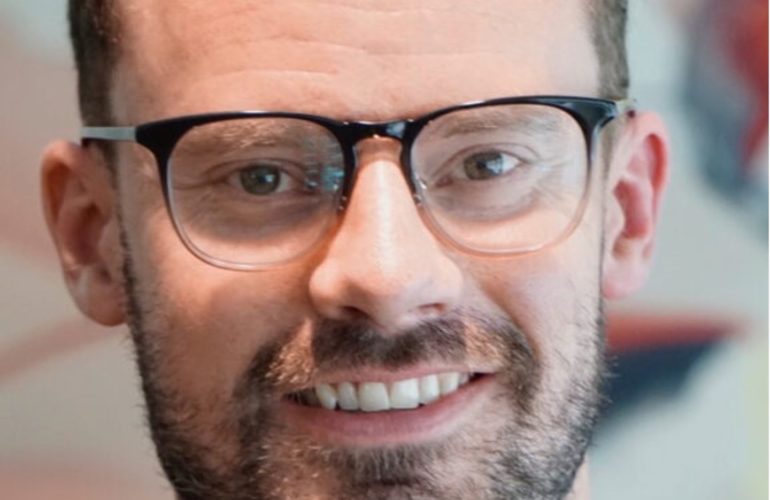 “I would like to see us make more advances in achieving a true recognition, appreciation and respect for the ways in which nursing is an intellectual activity and practice.

When we glorify nurses as angels, we unwittingly reduce nursing to a calling and loving attitude and some type of mythical character that exists outside of the realm of the here and now.

David is among the “pioneering Nurses from around the world”, featured by St. Christopher’s Hospice.

In this program St. Christopher’s Hospice, UK showcases 30 pioneering nurses from around the world.  They are nurses who are shaping the face of end of life care at a local, national and international level.

A deeply personal experience of dying while he was doing his training set David on a career path that has been dedicated to ensuring nurses have the very best possible environment and framework in which they can provide the very highest quality, personalised palliative care. Teaching, mentoring and supporting nurses, combined with prolific writing, is all dedicated to this goal. To ensure that he maintains a strong link to practice, David continues to care for patients in a hospice too. That way he continues to experience more ‘stories’ as he calls them and is best placed to share those and help other nurses to share their stories, using them as a means to affirm what they’re doing, overcome challenges and have the confidence to further improve what they do.

“I fell into nursing. But from day one I fell in love and I’ve been hooked ever since.”

David always imagined he’d follow in the footsteps of pretty much all of his family and become a school teacher. School children’s loss is nurses’ gain. Having completed a degree in biology and anatomy, he fell into a direct entry nursing Masters course, mostly because it was advertised as being a pathway into a career in education. At the same time, he was supporting a friend undergoing treatment for terminal cancer who encouraged him to apply.

“I didn’t apply to nursing with any idea as to what nursing really meant, but from the first week of the programme, nursing was just organically bound with me, who I am and what I value.”

Experiencing the care his friend received at the end of her life played a huge part in shaping David’s approach to nursing and palliative care nursing in particular. She spent the last six days of her life in an intensive care unit and in retrospect, David can see how her death might be interpreted by some as a classic example of someone receiving aggressive treatment right up until the end of life; but he believes it was the best care for her individual needs and goals. It was the intensive care nurses who helped David understand that his friend, who was only twenty-four years old, would die.

“They were so knowledgeable, gentle and compassionate. I remember feeling devastated and heartbroken but safe and reassured that we had a clear picture of what was happening. She died two days later with us holding and loving her – it was a good death. She died 14 years ago and it’s as close to my heart now as it was that night. It was a clear example of how nurses have the potential to have a profound and meaningful effect on people’s lives.”

A short time later, David became a palliative care nurse. And in the intervening years he says he has seen versions of that story played out many times.

“I think palliative care nursing is a rich landscape where acute and significant instances of what it means to suffer and be human all manifest.”

David was licensed as a nurse in 2007 while starting his PhD studies and is now equally committed to academic practice and clinical engagement, although the latter is now limited to a part-time role in a hospice.

In his role as an associate professor of palliative care and nursing ethics within the School of Nursing at the University of Ottawa, David champions the role of nursing and also speaks out against what he sees as the unjust silencing of nurses in practice.

To that end, in 2019, he created a Palliative Care and Nursing Ethics Hub within the Centre for Research on Health and Nursing, which is a partnership with the Canadian Nurses Association. This hub brings together academics, practitioners and graduate students to foster a strong community of practice. He is also a member of the inaugural board of the Canadian Palliative Care Nursing Association, which just launched in January 2020.

The positive experience David had at his friend’s side as she died, not only had an influence on his career path, but it has also deeply affected his philosophy and practice.

“I think it is through stories like this that we achieve everything we need to achieve. It’s how we can communicate the depths of what we need to understand and how we develop and strengthen empathy and how we engage with each other. In all aspects of my work I think story is the common practice that holds it all together.”

To support this approach, David leads a graduate seminar, designed as a space for nurses to tell stories about their end-of-life care experiences and the impact they have had.

“Taking time to have these conversations allows us to engage on a whole other level and that is through stories.”

If experiencing and sharing those stories are high priorities for David, giving nurses the space, time and tools to process them is another major concern which constantly motivates him.

“I teach another course in ethics, and the extent to which nurses are exposed to situations that not only fly in the face of what we are teaching them to value and prioritise, but what they recognise as human decency, is astounding. The problem is not the individual nurses – it is systemic and has to do with nurses’ working conditions, the social recognition of nursing work and about how we throw nurses into situations where they have no space to recover and become resilient.”

How do you inspire other nurses to give their best?

David believes passionately in helping nurses appreciate the value of their work as well as understand how they can perform their most valuable work by asking themselves a simple question.

“’What is at stake?’ is a phrase I always use with my students. It’s a very simple question that opens up potential for very complex answers about what is really going on. It allows you to think about why a family member is angry, or a patient is not accepting your offer of help. Asking that question can help open up a path through what can seem like irreconcilable differences and broaden your capacity for empathy. When we ask what is at stake and address whatever might be occurring in that situation, we can achieve great things.”

Where David believes he has perhaps made the greatest difference to his fellow nurses, is through helping them recognise their own achievements.

“To me, I am proudest when I receive direct feedback from people who say my work has helped them as nurses to feel seen. When I write an article and then get an email from a nurse to say it touched them, that makes me feel good because I know that nurse can go into work the next day and engage with someone in a different way. That’s the impact I know I am having, even though I can’t always measure it.”

What is your vision for nursing in 2020?

For the role of nursing to grow and reach its full potential, attracting the very brightest and best, there are some fundamental changes required around how nurses are both treated and characterised, David believes.

“I would like to see us make more advances in achieving a true recognition, appreciation and respect for the ways in which nursing is an intellectual activity and practice.

When we glorify nurses as angels, we unwittingly reduce nursing to a calling and loving attitude and some type of mythical character that exists outside of the realm of the here and now.

Nurses are knowledgeable professionals who have extensive training and exercise judgement and make very high stakes decisions with tremendous consequences for social wellbeing. If the narrative can shift to really focus on the intellectual dimension of nursing work, then we can achieve a state where healthcare policy decisions are more fully guided by nursing knowledge.

To learn more about the St Christophers Pioneering Nurses programme go to: https://ehospice.com/uk_posts/celebrating-pioneering-nurses/