The Importance of Hospice Palliative Care Supports in Rural Communities 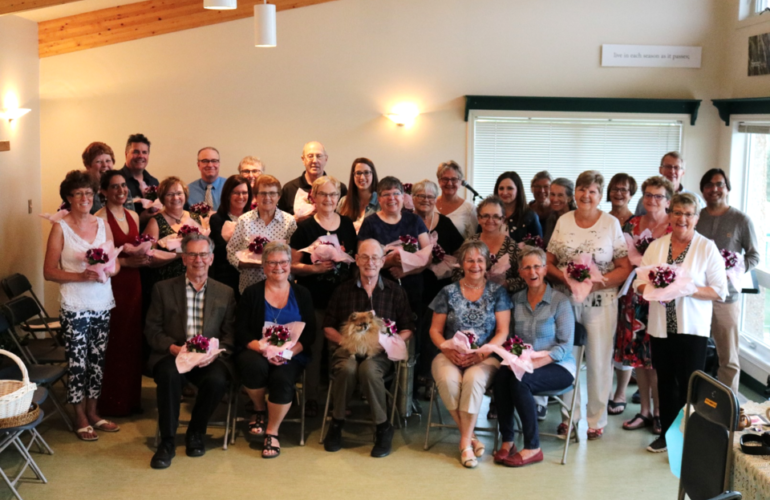 Joy LeBlanc has worked with the Hospice Society of Camrose and District as a Volunteer Coordinator for a decade.

Rural areas are oftentimes known for their sense of community, collaboration, and compassion—Camrose, Alberta and District is no exception.

The Hospice Society of Camrose and District started in 2011 by Beverly Drever and Treva Olson, who had both experienced death in their families. The original idea was to build a hospice in Camrose, Alberta, for palliative clients in Camrose and from the surrounding rural communities. Recognizing that the building would take time, the focus became training volunteers, using the Canadian Palliative Care Training Manual, to be with end of life patients in St. Mary’s Hospital Camrose and in senior residences.  This evolved into also sitting vigil and offering respite for people dying at home both in Camrose and in the rural communities.

What the Society found is that those in rural communities often need different support than those in urban areas. “For example, we had one person that needed someone to stay with their ill loved one while they did the chores in the morning. One of our volunteers stepped up and was willing to go in every morning from 9 to 10 so [the caregiver] could feed their horses,” stated LeBlanc, “In a rural community, you really have wonderful support since everybody knows each other.”

After establishing the volunteer program, the Society then decided that it was important to determine what other programs were needed in Camrose and the surrounding rural communities. The focus then became developing the grief and bereavement programs and training volunteers to become grief companions. There still was a gap that had become apparent. People needed volunteers before they became palliative or end of life. Nav-CARE became the answer.

In 2017, the society was introduced to Nav-CARE. Nav-CARE (Navigation-Connecting, Accessing, Resourcing, and Engaging), a volunteer navigation program that seeks to improve the quality of life of persons living with declining health and is currently being implemented across Canada. With the adoption of the Nav-CARE program, the volunteers were able to join the journey with clients early on and establish a caring, trusting relationship that helps the clients in all aspects of their lives.

With the integration of Nav-CARE, the Hospice Society of Camrose and District is able to enhance the support they offer to people in their communities. “We’re really lucky because we’re small enough and big enough at the same time. We’re small enough in the sense that we don’t build silos among the different health care providers and community providers—we really have a wonderful working relationship with the city of Camrose and surrounding rural communities,” said LeBlanc.

In her decade of service, LeBlanc still beams with a bright smile when speaking about her role at the Hospice Society of Camrose and District. “My job is to be to the volunteers what they are to the clients,” stated LeBlanc, “the rewarding part for me is just working with the volunteers and being with a group of such compassionate people.”