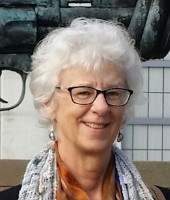 Seen through a palliative care lens, the 2021 World Drug Report (WDR) reiterates in living color the sad truth that half a century of UN supervised so-called drug control – more than two generations worth of ideologies, policies, and practices conceived by “moral entrepreneurs” during the golden age of Western imperialism – perpetuate inequities that condemn millions of people worldwide to entirely preventable suffering. As UNODC’s own graphs show, drug “control” policies have simultaneously supercharged trends of harmful illicit substance use worldwide while depriving patients who need them of essential pain medicines.

These perverse inequities, encoded in clumsily designed national policies and regulations, flow from a post-WW2 United Nations treaty (the ‘Single Convention on Narcotic Drugs’) whose lofty goal was to protect “the health and welfare of mankind” by eliminating “the evils of addiction.” Although neither palliative medicine nor modern substance use disorder treatment had been developed when the treaty was drafted, this binding legal instrument has yet to undergo serious course correction by UN member states – our own governments. Worse still, the official narrative and public speech around legitimate use of opioids (controlled under the Convention) is more confused and ideological than ever.

Where problematic use and overdoses from illicitly manufactured and procured synthetic opioids are a public health problem, the dominant public policy narrative still blames the crisis on the substances themselves – the opioids — rather than ineffective public health policies. But were the real culprit pharmaceutical opioids, Germany, which has the highest opioid consumption per capital in the world, would have its very own opioid overdose crisis. Read here why it does not! Ergo, adequate consumption for medical purposes does not equal overdose crisis when appropriate public health systems are in place!

When the powers that be allow policy and supply chain barriers to block adequate access to medical opioids, palliative care professionals must do their best to relieve suffering with insufficient resources downstream, at the bedside. The appropriate upstream solution is local or regional manufacture, procurement, and distribution – both close to home and permitted under the international conventions that regulate pharmaceutical supply chains for materials containing controlled substances. COVID has proved, among many other things, that global supply chains for essential opioids whose raw materials originate in India and China are unsustainable.

Moreover, pharmaceutical companies with access to new markets are successfully persuading governments of low- and middle-income countries (LMICs) to subsidize only their expensive products, not gold standard generics such as morphine. Synthetic opioids with complex delivery mechanisms (transdermal patches, slow-release oral formulations), which are also under international control, are much more expensive to produce and procure. These are often the only medicines available in the settings where patients can least afford them. Yet the WDR shows they are the main source of law enforcement seizures because in they are the most profitable commodities in the illicit market.

By subsidising expensive pharmaceutical opioids at the behest of industry, governments of countries with weak health systems may well be flirting with illicit markets that thrive on diversion and non-medical use. The WDR2021 statistics make the case for local public production of affordable essential analgesics such as morphine to fulfil medical need while depriving the illicit market of profitable contraband, exactly what the conventions had in mind. Clearly this will entail investment in administration, training, and other health system skill sets, technical support that the UN Agencies should provide upon request from member States.

Palliative care services in the government and charitable sectors that regularly manufacture and distribute their own liquid oral morphine for medical use report no or insignificant diversion. Colombia’s Fondo Nacional is one excellent example of a state-run monopoly that works, and Hospice Africa Uganda’s partnership with the Ministry of Health is an example of a successful charitable sector morphine manufacturing initiative. The anecdotal evidence from such sources is corroborated by WDR2021 statistics showing morphine “seizures” (by customs and drug control entities) down 39% in 2019.

My hope lives in this vision: governments will find their way out of the pre-palliative care, opioidphobic mindset that gave birth to the Single Convention in partnership with palliative care associations and existing services already relieving serious health related suffering, albeit on a wing and a prayer. Constructive partnerships can ensure integration of these services for all who need them — not just the lucky few who happen to have access — into a strengthened public sector that produces or procures its own essential palliative care medicines and provides evidence-based treatment for those engaging in harmful use. 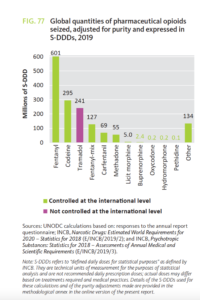 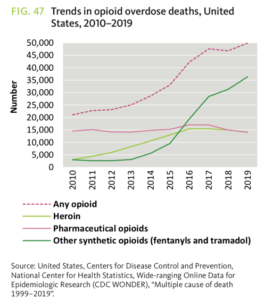 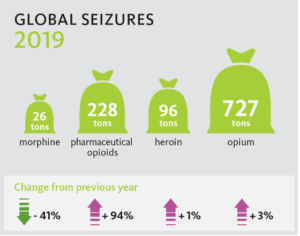 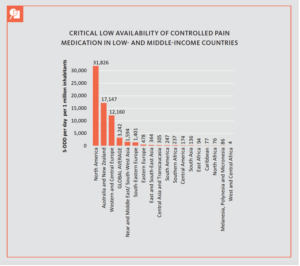 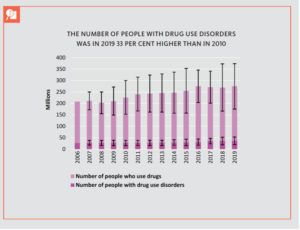 This editorial is written by Dr Katherine Pettus and all views are her own.