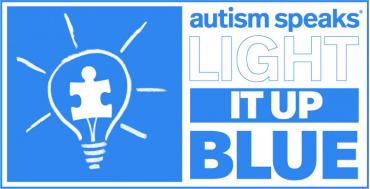 April 2, 2021 was celebrated as the  world autism awareness day. Joined by the international community, hundreds of thousands of landmarks, buildings, homes and communities around the world came together on 2nd April, Autism Awareness Day, to Light It Up Blue in recognition of people with autism and those who love and support them. Autism-friendly events and educational activities took place throughout the  month, with an aim to  increase understanding and acceptance of people with autism, foster worldwide support and inspire a kinder, more inclusive world.

Dr. Lulu Mathews, Program Director, Academics, Institute of Palliative Medicine, Kozhikode recollects her difficult journey with the parents of an autistic kid, as friend as well as a doctor.

This day always reminds me of a boy whose doctor-  parents were my  students. They used to consult me for all the medical problems of their kids. Then for a time , they sort of disappeared . The only means of communication in those days was the sporadically and intermittently working BSNL. Hence I could not contact them for a long time and when I did , they came to me.  What was the reason for their Disappearance Act ? They themselves  had diagnosed their  3 year old son was an Autistic kid. The mother had discontinued her thriving medical practice and resorted to full time caring of their son. Ofcourse they had several doubts , all of which were “clarified” by reading Psychiatry Text Books. ( No internet in those days!!!) To my utter surprise,  they had not even  consulted a psychiatrist because of the stigma attached to a psychiatric disorder.They did not want  anybody else to know that their child was autistic. Finally after a lot of cajoling , and pressure from my side,  they agreed to take their kid to NIMHANS. I distinctly rememeber giving a referance letter to Dr Sheshar Sheshadri . They agreed to this after I told them if they didn’t go to NIMHANS , this woud be the end of our friendship.( I am not sure whether I would have used this pressurising tactic  now , after my exposure to and experience in PC.  Because won’t I be infringing on their autonomy ?)

I seemed  to have lost all connection with them,  when, out of the blue , they reappeared with their son. ( I was sure they were keepng away from me because,  they had not gone for consultation to NIMHANS. What had actually happened was that they had indeed  gone to NIMHANS , properly counselled, and  had regularly attended all the follow up visits . Parents were diligently following  the advice from NIMHANS    ( which was quite different from what the parents were following in the pre NIMHANS period ) The kid seemed to have become quite” normal “.( parents version) Now the parents  wanted to get their son admitted to a near by  prestigious school . The son succeeded in getting admission into the prestigious school and had come to give  me  this happy news. What they told me was ,” We know we had done a Diasappearance Act, but the truth is that Madam we wanted to come to  you with a happy news . We are so happy you referred us to NIMHANS.

Now the conditions have changed.The advent of Pediatric Psychiatry as a speciality has been a boon . Now we need not refer such kids to NIMHANS because there are several centres in Kerala offering care for children with psychiatric problems.   There are even  dedicated centres to cater to the needs of  children with Autistic traits .

Soon after I was transferred to another Medical College in Kerala. I met the same family after 2 decades  , their son was now a budding doctor. The parents seemed to have forgotten the  2 decades back happenings . I too did not pursue .

I am not sure.