Cancer, Pain and Morphine in India 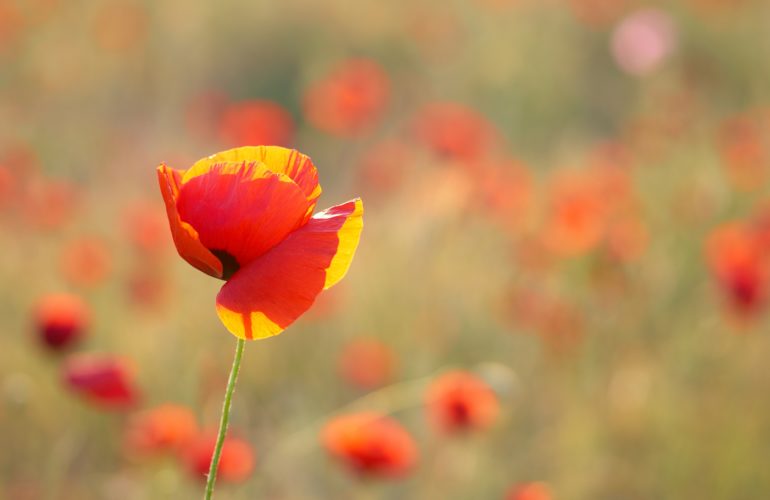 The diagnosis of cancer in a member of the family severely affects all the members. In addition to limiting the life of the affected member, it drastically alters the life of others. And it reminds the rest of their mortality. It is easier to accept another person’s imminent death than our own. That man is mortal is an undeniable fact, but most ignore it and feel that they are an exception.

Cancer is a life modifying disorder; it reduces both the quality and quantity of life. When it first attacked my family, it left us shattered. When it hit us again, we were no better prepared. My mother was diagnosed with breast cancer 16 years ago. She was physically not the best case for aggressive therapy, and she opted for palliation. Palliative care, then, was in its infancy in India and effective pain killers like opiates unavailable.

Pain is among the most common complaints of cancer patients and its incidence is reported to between 50 and 80 percent. Most studies have demonstrated that morphine is the best and the cheapest drug for the treatment of cancer pain. It is also a part of the WHO pain control ladder. It’s supply, sadly, has been severely curtailed in India since the passing of the Narcotic Drugs and Psychotropic Substances Act, (NDPS) in 1985. The Act was passed in order to stop trafficking and abuse of drugs. Instead it reduced the medical supply of morphine.

With over 2.5 million patients of cancer living at any given time in India, there is a large requirement of morphine. Our requirement is to the order of 2500 to 3000 kg of morphine annually. But what is available is a mere tenth of that. When my mother’s cancer was detected, we had no access to morphine to treat her pain. Many oncologists and palliative experts we met, told us that the laws in the country needed to be changed to get morphine for our mother. How do you get the government to change laws? A humongous task.

The government of India comprises three branches: the executive headed by the President, the legislative– represented by the two houses of the parliament, and the judiciary headed by the Supreme Court. India is the largest democracy in the world. Unfortunately, the common man has little faith in the executive or legislative branches. Experience has shown that if changes have to be brought about, then the judiciary is the best option.  We chose to put our fate in its hands and approached the Delhi High Court in 1998. We requested the court to make morphine available to patients in need of it.

The judicial process in India is slow, often petitioners die before the court gives a judgement. In fact our mother died before the hearings of the case began. Yet our fight for morphine showed us the better side of the bureaucracy and judiciary. Officers we met were sympathetic and helpful.  Court procedures were fast and the High Court passed an order in 10 months after our filing a Public Interest Litigation in the court. It directed the Central and state governments to modify the rules to provide access to pain killers to patients in need.

Under the NDPS, the cultivation of poppy, collection of opium and manufacture of morphine is controlled by the central government. The sale and distribution of morphine is controlled by the state governments. The response of the central government to Delhi High Court’s orders was swift, but the state governments were extremely slow in reacting. By 2006, only about 8 states (India has 28 states and 7 Union territories) modified the rules, relaxing the requirements for supplying morphine to patients. Kerala led at the forefront by making palliative care available in every part of the state. Today India has 233 palliative care centres of which 193 are in Kerala.

This led to a curious situation; a patient in Kerala would have access to morphine, but one in UP or Bihar (where the rules remain unchanged) would not. Both, citizens of the same country, were treated unequally in the eyes of the law, which violates the fundamental rights granted to all Indians under article 14 of our constitution. All Indians must get equal protection of the law, but here is an instance of a state law coming in the way of equality of our citizens.

On this basis we approached the Supreme Court of India in 2007. Our petition was admitted in 2007, but the first hearing took place only in 2010, and it is now being heard by a bench of this Court on a more regular basis. We know not how many of our citizens will die horrible painful deaths before the Supreme Court gives its judgement. In our case, we were just lucky, our mother was one among the few patients of cancer who did not suffer any pain and required no morphine. She passed away in a relative painless way, but there are many mothers in India whose children just don’t have the wherewithal to put up a fight with the government.

An ordinary citizen, or even an organization like the Indian Association of Palliative Care (who are the main petitioners in the case in the Supreme Court) is too small and too weak to fight the government. The petitioners (those of us asking for change in laws) in this case have three lawyers representing them. While for the respondent governments there are 97 lawyers arguing their side in the court. The individual petitioners do not have the resources to go to Delhi for every hearing, but 97 lawyers are probably flying to Delhi for every hearing, at the tax payers’ expense.

Despite all this, it gladdens me to know that I was a small cog in the wheel of the fight for morphine for cancer patients. When I filed the PIL in Delhi High Court, little did I know that morphine would once again touch my life. In 2010 my wife and co-author of our paper, was diagnosed with pancreatic cancer. The day the diagnosis of cancer came in, it broke me. The experience of living through my mother’s malignancy did not cushion the shock.

The median survival in pancreatic cancer is 3 months, and a 5 year survival rate is less than 5%. That meant we were racing against time. There were a few optimists who insisted on seeking opinion after opinions. After four opinions from the best in the field I put a stop to it. I chose to go by the advice of a senior physician that accepting the inevitable is not cowardice.

The surgeons had concluded that the lesion was inoperable and that chemotherapy would do no good. The surgeon summed up his recommendation in a single word ‘Palliate’. Maharashtra, the state where I now reside, was one of the few states to simplify the rules for morphine availability. The Pharmaceutical Company Cipla has been operating a Palliative Care and Training Center in Pune, the city where I live. I am ever grateful to the Cipla and the government of Maharashtra for allowing easier access to opiates for patients such as my wife.

There are stories of people who have conquered this disease– but many have not. These are the statistical outliers, who defy all odds and survive. One can’t base ones judgement on these cases. Rational judgement must be based on those cases which lie near the median of the series. In pancreatic and many other cancers the median survival is very poor, instead of trying Heroic Medicine, palliative therapy would provide more comfort to the patient.

A friend, on being diagnosed with cancer remarked “So I am on a one way ticket!” This talk took place about 18 years ago. I haven’t forgotten it. His words come back to me, again and again.  Recently when I gave it a deep thought, I realized that life itself is a one way ticket! The journey from the cradle ends only in the grave. Some travel faster and some slower. Some have a good journey while others may not. The time enjoyed in this journey depends on our attitude and that of our fellow passengers. If during this journey we can help a fellow passenger, bear his or her burden with ease, then the journey is successful.