Elder Abuse and Palliative care: The time to act is now! 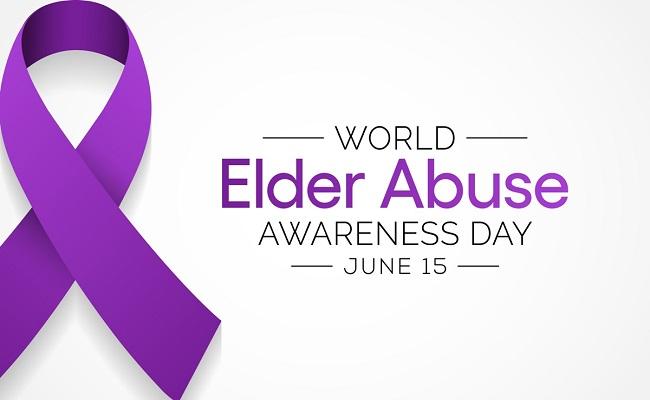 About the Author: Dr. Anish S., is an Assistant Professor in General Medicine, Amala Institute of Medical Sciences, Thrissur, Kerala.

He established the Division of Geriatrics and Gerontology, under the Department of Medicine, and is also the current in-charge of Amala Geriatric Clinic.

Every year June 15th is observed as World Elder Abuse Awareness Day (WEAAD) by the United Nations General Assembly. The day aims to provide an opportunity for communities around the world to promote a better understanding of abuse and neglect of older persons by raising awareness of the cultural, social, economic and demographic processes affecting elder abuse and neglect.

What is elder abuse?

The United Nations defines elder abuse as “a single or repeated act, or lack of appropriate action, occurring within any relationship where there is an expectation of trust, which causes harm or distress to an older/senior person”. Elder abuse can have serious consequences on a person’s physical and mental health, financial, and social well being. The impact could manifest by ways of physical injuries, premature mortality, depression, cognitive decline, financial devastation, and in the placement of the older adult in nursing homes / old age homes.

Estimates indicate that elder abuse affects one in six older adults worldwide, which is an approx. of 141 million people. Actual figures may however be much higher due to underreporting. According to Longitudinal Ageing Study in India (LASI), at least five per cent of India’s elderly population (aged 60 years and above) stated they experienced ill-treatment in 2020.

Elder abuse is therefore a neglected global public health priority, in comparison to other types of violence.

Elder abuse most often tends to occur mostly at home by known family members – children, son/daughter in law, a spouse or a caregiver. Sometimes, abuse can also take place in institutional settings such as long term care facilities and nursing homes, and are perpetrated by health care workers.

Why is elder abuse under-reported?

The under reporting of elder abuse, both in India and globally, is due to a host of factors some of which includes

Elder abuse can be in the form of physical, psychological, financial, sexual abuse or even simply in the form of neglect by failing to provide for medicines, food, clothes etc. Older adults receiving palliative care usually have high levels of dependency on their caregivers. A combination of caregiver stress and victim dependency increases the risk of abuse. The burden of elder abuse in palliative care remains under recognised due to the paucity of studies in this area of concern.

Abusive family relationships deter and pose as a hindrance to delivering holistic and quality palliative care.

These health care providers need to establish and foster positive relationships with the older adult to accurately identify signs of abuse in a timely manner.

Older adults should be screened by the health worker, preferably in the absence of the caregivers with questions such as,

Cues for elder abuse on the basis of the behavior of the older adult, includes:

Cues for elder abuse on the basis of the behavior of the caregiver, includes:

It is important to also keep a check on the signs for physical abuse by checking for Injuries that don’t match the explanation given, the presence of multiple injuries at different stages of healing, and for Injuries and wounds in concealed places.

It therefore becomes absolutely critical to sensitise, train and empower palliative care providers to recognize and identify elder abuse. This one single step forward is guaranteed to take us a long way towards the early detection and taking of prompt action in cases where there is elderly abuse.

How can we, as palliative care professionals prevent elder abuse?

How to report elder abuse?

The Ministry of Social Justice and Empowerment, Government of India, has set up ‘Elder Line 14567’, a pan-India toll free helpline for senior citizens to report elder abuse. This service is open seven days a week from 8 a.m. to 8 p.m. A written complaint can also be filed in the jurisdictional police station. In the case of an assault, a First Investigation Report (FIR) can be filed by the victim themselves.

Health care professionals have an ethical and legal responsibility to report and work towards preventing suspected abuse.

Let us therefore keep our eyes and ears open, to tackle this underreported menace and improve the quality of life of our senior citizens, and eventually, our own  too….

Note: This article is a republication from the Indian Association of Palliative Care’s July edition newsletter.