IAPCCON 2013 concluded with the participation of more than 500 delegates 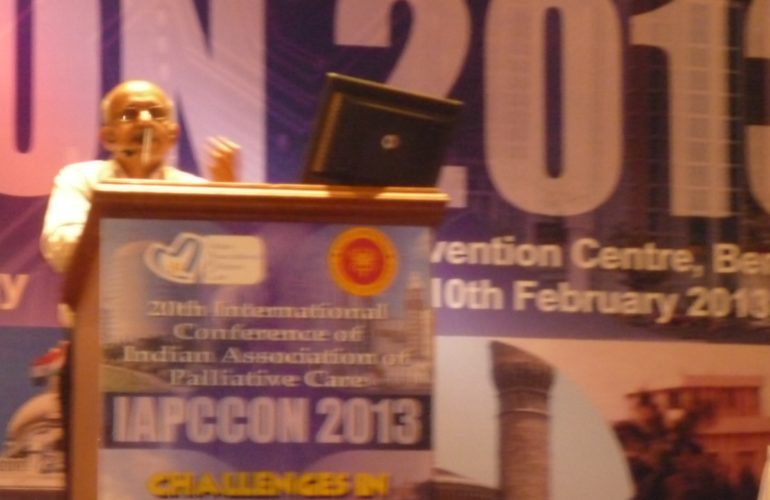 More than 500 delegates participated in the 20th International Conference of Indian Association of Palliative Care held at Bangalore from 8 to 10 February 2013.

A workshop on ‘ehospice, a global collaboration for the sharing of knowledge, news and stories’ was held on the third day of the conference.

There was a discussion on the usefulness of social media, print media and television to spread the message of palliative care and to share knowledge.

Winners of various competitions were announced in the valedictory function and prizes were distributed. Competitions were held in oral and poster presentations, and debate.

Finally the baton was handed over to the organizing committee of the 21st International Conference of IAP by Dr. K. B.  Lingegowda, organizing secretary of IAPCCON 2013.

The 21st International Conference of IAPC will be held at Bhubaneswar, Orissa in February 2014.

Early bird registration is available up to 30th May 2013. For registration and other details contact Dr. Sukdev Nayak, Organising Secretary of IAPCCON 2014.