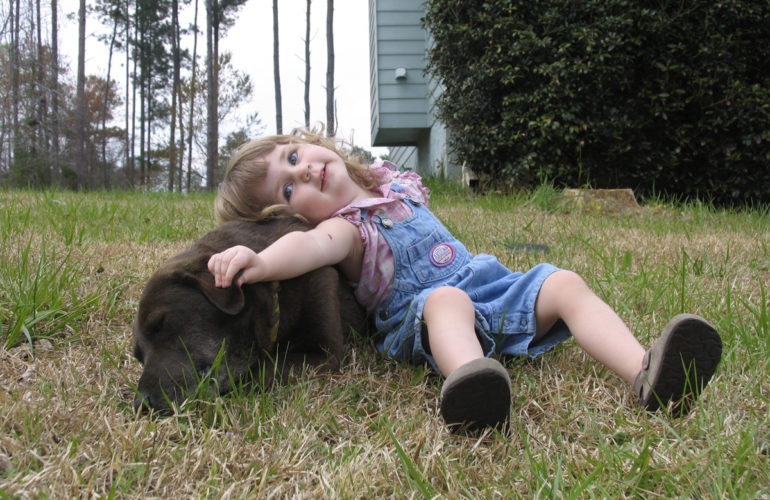 The online magazine CURE (Cancer Updates, Research & Education) reports in an article by Kristie L Kahl, published on 24 January 2018, that animal assisted therapy brings significant benefits to children with cancer and their families. Results of the study named The Canines and Childhood Cancer Study, were recently published in the Journal of Pediatric Oncology Nursing.

The study is the first and largest randomised, controlled clinical trial to measure the effects of animal-assisted therapy in the field of paediatric oncology and results reveal animal therapy provides significant benefits to children with cancer and their families.

While the use of therapy dogs to help those facing difficult illnesses is not a new concept, until now research has never scientifically proven its effects from a psychosocial standpoint. Animal-assisted therapy has gone unrecognised, and underfunded as a sound treatment option.

The researchers initially conducted a comprehensive needs assessment, launched in 2010, to determine the current state of research for animal-assisted therapy and paediatric oncology. Next, a pilot study was executed at two hospital sites to help design and implement the full clinical trial.

The clinical trial was conducted at five hospital sites across the USA and followed 106 paediatric patients, aged 3 to 17 years, who were newly diagnosed with cancer and undergoing chemotherapy in an outpatient clinic. Sixty children received regular visits from therapy dogs and 46 children received standard treatment.

Children in the treatment group received 20-minute sessions with a therapy dog about once a week for four months, in addition to their standard care.

The animal-assisted therapy programmes used a variety of dog breeds, ranging in shape and size. The dogs were screened to ensure they were able to perform these duties and typically had a calm temperament. The dogs then underwent rigorous training, while comprehensive safety and health protocols were put in place at each hospital.

The researchers focused on the impact animal-assisted therapy had on stress, anxiety and health-related quality of life. After seven years of research, American Humane provided evidence that regular visits from a therapy dog can provide psychosocial benefits to children undergoing treatment, as well as their parents. Additionally, parents in the treatment group reported that their children had significant improvements in school functioning.

The study highlighted the positive effect that therapy dogs had on parents. The data showed improved communication within families and between parents and medical staff as well. In turn, these improvements can lead to better medical care and reductions in levels of stress.

The researchers also set out to see how animal-assisted therapy affected the dogs as well, measuring the level of the stress hormone cortisol in the dogs’ saliva after visits. Participating therapy dogs showed no signs that suggested these activities caused distress or harmed the welfare of the animals.

The researchers are hoping these findings further increase access to therapy animals in hospitals, especially in paediatric oncology units; support enhanced therapy dog training and practice; and improve the overall well-being of these families.