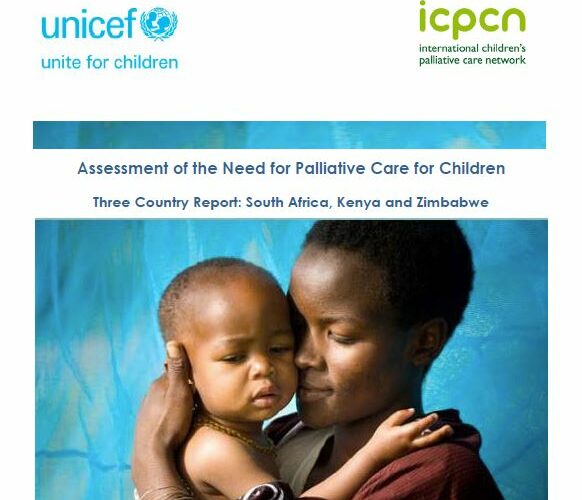 Saying that nothing we do is of importance unless it impacts on children and families, Joan spoke about separating the need for children from that of adults citing the far wider range of conditions to consider in children’s palliative care as well as a broad age range – from neonates right through to young adults.

Childhood mortality statistics reveal that 9 million children died last year with 6.3 million of them being under 5. Of this who died, 44% were neonates, which is why neonatal palliative care is a vital and growing component of providing children’s palliative care.

The need for children’s palliative care
The presentation looked at research undertaken by UNICEF and ICPCN developing a methodology to identify the need for children’s palliative care, what was present in the country and the provision gaps. Using this methodology, the researchers have now looked at 59.6% of the world’s children and extrapolated the results to produce the following figures:

Listing some of the barriers that exist to the provision of services for children Joan spoke of a lack of resources in lower income countries, the fear of using opioids for children’s pain as well as minimal opportunities to receive appropriate education. A suggested solution would be to introduce children’s palliative care into all undergraduate studies for doctors, nurses, social workers, chaplains and other members of the multidisciplinary team.

Joan also spoke of the work of the ICPCN to overcome the lack of education through their E-learning modules, presently available in 8 languages with modules in Hindi and Czech in development.

Finally she encouraged those present by saying that although large, 21 million children is still a ‘reachable’ number and if we work to provide education and integration of services into health systems, it is not impossible to meet the need.