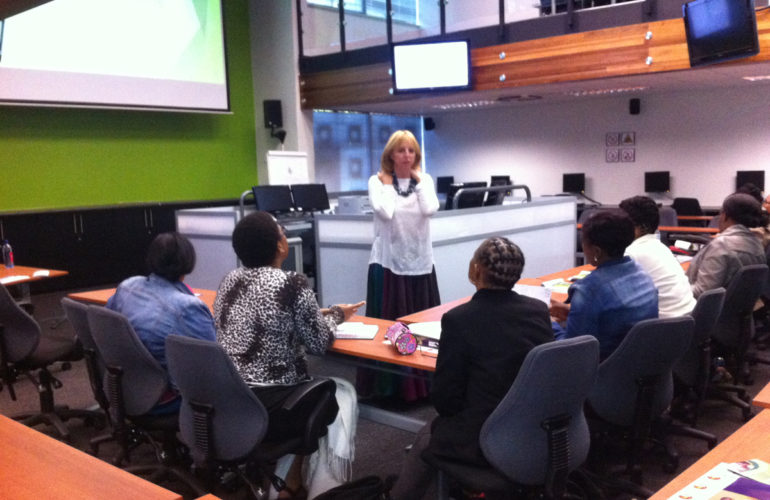 “I thought palliative care was just about the end of life”.

“I learnt that palliative care was not only recommended for children in the oncology department.”

“When I know a child will die, I do not know what to say to the parents, so I tend to leave them alone.”

“Before this workshop, I would never want to give morphine to a child.”

These were just some of the sentiments expressed by nurses attending a recent 2 day workshop on paediatric palliative care that was held at the University of the Free State’s School of Nursing in Bloemfontein, South Africa.

The successful workshop was the very first one on paediatric palliative care held at the university’s state of the art School of Nursing facility. Selected topics covered during the 2 days included:

The workshop was led by staff from the International Children’s Palliative Care Network (ICPCN) and the training sessions featured a number of videos, including the ICPCN supported Little Stars video, ‘Value Every Life’ which can be seen at  http://www.littlestars.tv/

The training also featured a new short video produced by PATCH SA, the recently formed national children’s palliative care network in South Africa. This video, entitled ‘Beginnings and Endings’, focused the nurses’ attention on neonatal and perinatal palliative care. It highlighted not only the need for more people trained in this area of palliative care, but also the enormous impact that a life limiting illness has on the extended family, particularly in the South African context where grandmothers often play a vital role in caring for children.

The nurses were also each provided with a copy of the ‘Children’s Palliative Care in Africa Textbook’ edited by Dr Justin Amery. This textbook can be downloaded free from the ICPCN website.

The training was well received by all the nurses and their lecturer who felt strongly that this should become a permanent feature of the paediatric nurses training in the future.

“It was eye-opening for us to realise how unprepared many of these trained and experienced nurses were for dealing with the death of a child in their care,” said Joan Marston, ICPCN CEO and workshop coordinator. “For this reason it was such a privilege to be able to bring this vital information to the attention of these dedicated nurses.” She went on to say: “We hope that what they have discovered during this workshop will inform their practice and give them a greater insight into the needs of children with life limiting illnesses and their families in the future.”