Holistic Approach to Death and Dying 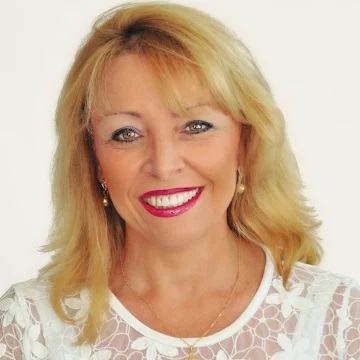 “When it comes to loss and death in families, there is more to it than just the clinical aspect.”

In the section ‘Passion for the profession’, we ask healthcare professionals what motivates them to dedicate themselves to pediatric palliative care. This time, it’s Maraliza de Haan, E-learning training coordinator at the Dutch Centre of Expertise in Children’s Palliative Care, a national organization in the Netherlands.

“My passion for the profession started around twenty years ago. I have a background in pediatric palliative care from South Africa, where I come from. I was a social worker and worked with traumatised children and problem families. In South Africa at that time, there were many parents who died and also sick children, due to the HIV/AIDS pandemic. I worked in a hospice at the time and it was very intense.”

Which case from the past motivates you to this day to get involved in pediatric palliative care?

“There was a boy who will always stay with me. His parents had died, as had his aunts, uncles, and grandparents. He could not go to school and had experienced so much loss in his life. He had to take care of his brothers and sisters all by himself. At one point, we received a donation of tin boxes (memory boxes) for our children’s programme. They were very ugly boxes, so I bought paint and we started for the children to decorate the memory boxes. The boy painted a butterfly on his box. I was very curious to know why he had painted a butterfly instead of a car or a plane. Then he said: “You know, sometimes I want to be a butterfly because I want to be free. Now it feels like I’m in a prison.”. That’s when it clicked with me. Loss and death are about more than just clinical support and care. It is also about the spiritual, the social, and the emotional. It is a holistic approach.

By painting the memory boxes, this boy was able to open up and share his worries, needs, and frustrations with us. The memory box not only helped him to cope emotionally with loss but also offered him the support he needed as a child.

In collaboration with Memory Work and the University of Durban, this form of bereavement support for children and adults has continued.”

How did you get into children’s palliative care?

“I did an international training course in children’s palliative care. I worked as national coordinator for the Hospice Palliative Care Association of South Africa (HPCA) and developed programmes for sick children and children whose parents had died. I also had the privilege to provide international training on behalf of ICPCN (International Children’s Palliative Care Network), for example, in Georgia, Serbia, the Czech Republic, and for the Free University Amsterdam in Ethiopia. Giving training was a real highlight for me. I had learned a lot about (children’s) palliative care and wanted to pass on my experience to other healthcare professionals. I gave lectures as part of ICPCN introduction courses in pediatric palliative care. It’s so great to see how healthcare professionals continue to grow and develop within this field.”

What difference do you see between the Netherlands and South Africa in terms of (children’s) palliative care?

What was your next step within pediatric palliative care?

Maraliza’s life path is not only marked by (pediatric) palliative care, it also inspires her to develop further: “When I came to the Netherlands I didn’t want to work as a social worker. It remains a part of me, but I did not want to do it as a job. Then I started working as a volunteer in a hospice for adults, as a carer. I really enjoyed this work. For this reason, one and a half years ago, I enrolled for the MBO vocational training in health care as a nursing assistant/healthcare assistant.

Now, in addition to my job at the Dutch Centre of Expertise in Children’s Palliative Care (Kenniscentrum, Kinderpalliatieve Zorg), I also work in a Nursing home for vulnerable people.