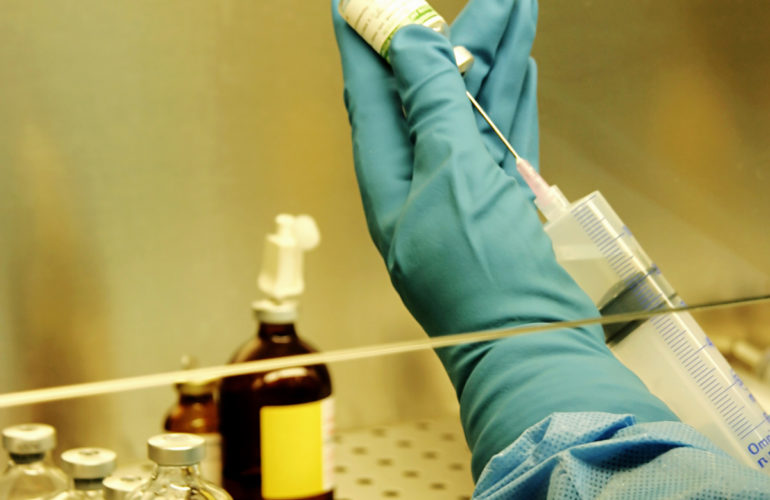 Immunization saves millions of lives and is widely recognized as one of the world’s most successful and cost-effective health interventions.

World Immunization Week 2018 which runs from 24 – 30 April aims to promote the use of vaccines to protect people of all ages against disease.
The World Health Organization (WHO) is also running a worldwide campaign to encourage parents to have their children immunized.

Although it is known that immunization prevents illness, disability and death from vaccine-preventable diseases including cervical cancer, diphtheria, hepatitis B, measles, mumps, pertussis (whooping cough), pneumonia, polio, rotavirus diarrhoea, rubella and tetanus, global vaccination coverage has stalled at 86%, with no significant changes during the past year.

WHO states that immunization averts an estimated 2 to 3 million deaths every year from diphtheria, tetanus, pertussis (whooping cough), and measles; however, an additional 1.5 million deaths could be avoided if global vaccination coverage improves. Alarmingly, the proportion of children who receive recommended vaccines has stalled at 86% over the past few years.

Around 60% of the 19.5 million children not reached by routine immunization services live in 10 countries, these being Angola, Brazil, the DRC, Ethiopia, India, Indonesia, Iraq, Nigeria, Pakistan and South Africa.

Polio cases have decreased by over 99% since 1988. Today, only Afghanistan, Nigeria and Pakistan have cases of polio.

The following 10 facts on immunization can be found on the WHO website.

According to the WHO, licensed vaccines are rigorously tested across multiple phases of trials before being approved for use and regularly reassess once on the market. It is far more likely to become seriously ill from a vaccine-preventable disease than from a vaccine and the benefits of vaccination greatly outweigh the risks.

A study published in 1998 which raised concerns about a possible link between the MMR vaccine and autism was later found to be seriously flawed and fraudulent and was retracted by the journal that published it. Unfortunately, the publication of the study set off a panic that led to the dropping immunization rates and subsequent outbreaks of these diseases. There is no evidence of a link between MMR vaccine and autism or autistic disorders.

The goal of World Immunization Week 2018 is to urge greater action on immunization around the world, with a particular focus on spotlighting the role that everyone can play in this effort, from donors to individuals.

As part of the 2018 campaign, WHO and partners aim to:

Find out more and how you can be involved on the WHO website.