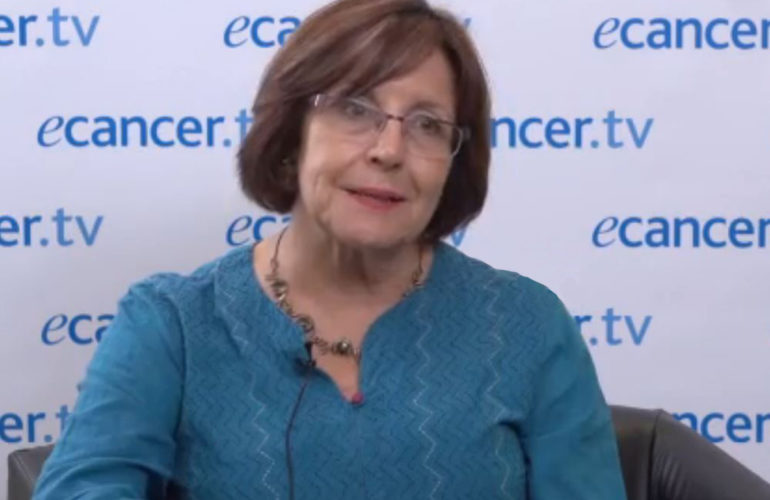 eCancer took the opportunity to interview Joan Marston, Chief Executive of the International Children’s Palliative Care Network at the Indian Palliative Care Conference held in Hyderabad from 13 – 15 February this year.

Joan has been attending the Indian Palliative Care Conferences for the past 5 years because ICPCN has been providing support and expertise for the development of models of palliative care provision for children in the Maharashtra State in India through the HtH and ICPCN Two Country Project (funded by UK Aid).

Ask to speak about her presentations at the conference Joan explains that using the children’s palliative care model already in existence at the Tata Memorial Hospital, it was possible to replicate and adapt this in 3 other hospitals within the state.

The palliative care model based in Tata Memorial Centre deals with both adults and children and included outreach to patients in the community who had been discharged from the hospital.  The model included education and is based within the the health system. It also makes use of volunteers.

Joan talks about the services which started at Sion Hospital began in the HIV clinic but moved on to include children with Sickle Cell anaemia, neurological conditions and now is in the entire paediatric department.

She speaks of training Asha workers linked to a rural Cottage Hospital to identify children with palliative care needs where they found many children who had cerebral palsy who would benefit from these services.

A public private model was also started at the Mahatma Ghandi Centre. Joan says that is has been an interesting journey which started in a cancer hospital and moved into a variety of settings. There have been requests to take these models of provision into the other states in India.

Joan reminds us that children need palliative care just as much as adults and people caring for them need as much training.