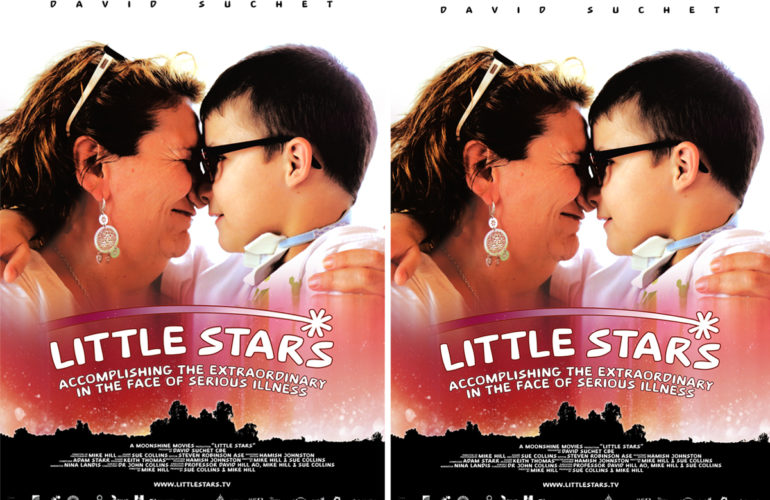 Mike and Sue Hill, producers at Moonshine Movies, have been working incredibly hard to ensure that the documentary version of the Little Stars film will be ready to premiere at the 2015 Asia Pacific Hospice Conference. The event will take place in Room 103 of the Taipei International Convention Centre (TICC) from 17h00 – 18h30 during the official launch of the ICPCN NOW Campaign.

Little Stars has also been made into a 55 minute programme which will be screened on the Al Jazeera TV Channel. It will be aired as a documentary in over 30 countries during the coming months. Mike Hill reports that the programme’s international sales agent, Flame Distribution, will be representing the title at all the major TV markets and seeking to find a home for Little Stars in all the major territories around the world.

Readers are invited to email Mike Hill at Moonshine Movies if you have contacts within your national broadcaster and would like to help get the programme on-air in your region of the world.

Later this year the Little Stars DVD will be released and you will be able to order your copy directly from the Little Stars website. Should you commit to host a screening of the DVD or to use the films for public education or advocacy, one will be sent to you at no cost at the time of the release. The producers report that to date, over 20 amazing individuals have volunteered to translate the documentary into their native language which will be added as sub-titles in time for the DVD release.

Little Stars Short Films
To date 25 short films have been produced and these are currently being released online at www.littlestars.tv. These films are being used in conferences and educational settings around the world, including Great Ormond Street in London and the Royal Children’s Hospital in Melbourne. The project travelled to 10 countries and they are in the process of making versions of the TV programme for individual territories including Russia and Germany.

Mike Hill says that now their “sights are set on Greece” where it is hoped that a Little Stars movie focusing on the amazing work that has been done over the years by the Merimna Foundation, led by Danai Papadotou, can be made. Currently Merimna is facing the prospect of closing one or more of its services due to lack of funding and Danai feels strongly that this film could go a long way to bring in the support they need to continue their work.

An Indigo crowdfunding appeal has been launched in order to bring in funding to support the making of a film in Greece. By supporting this campaign you are joining a coalition of supporters from around the world in advocating for improved access to children’s palliative care in Greece.