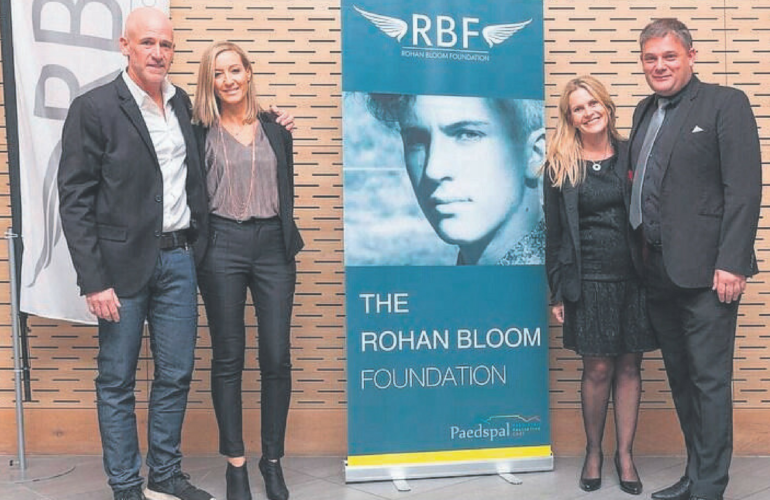 The Rohan Bloom Foundation aims to provide care and a support system to families of terminally-ill children in and around Cape Town by establishing a hospice facility that will accommodate both children and their families needing palliative care.

The hospice, to be known as Rohan House and located less than 2km from the Red Cross Memorial Children’s Hospital in Cape Town is presently under construction. The purpose of the facility is to ensure a child’s passing is dignified while also creating wonderful memories for their families.

Rohan’s father, Rodney Bloom, says the facility will comprise of wards for children requiring palliative care and have space for their parents, a playroom to accommodate patients and their visiting siblings, a therapy room and a garden section. it will also be wheelchair friendly and include equipment to assist in the lifting of patients. Staff will include professional nurses with doctors on call.

The motivation for the facility came about at a time when Rodney and his family had to face the difficulty of dealing with Rohan’s terminal illness two years ago. Rohan passed away while living with his family, but they wished there was a better space where Rohan could have spent his last days with dignity and support. Rohan was 14 when he passed away due to Ewing’s sarcoma cancer.

Bloom says he realised then that there were no hospices for children in Cape Town. “Cancer affects many children and, like adults, they too deserve to be offered an opportunity to die with dignity in the most favourable conditions. I can only imagine how families from less-privileged homes deal with the trauma of having a sick child under unlikable conditions. I think of people living in shacks and Wendy houses in the hearts of townships. This facility hopes to give them hope and relief, knowing their children are well taken care of.”

However, he says in order to make the hospice a reality, they need the public’s help as they are solely dependent on donations.

Paediatrician and founder of Paedspal, Dr Michelle Meiring, says this is a dream come true for her. She has long been wishing to see a children’s hospice in the city and is amazed by the support they are receiving.

Initially the hospice will provide eight beds at a cost of R2000 per bed per day for a child up to the age of 18. “We will need as much support as we can get.”