Care Paediatric palliative care: what is quality of life? - ehospice

Paediatric palliative care: what is quality of life?

Paediatric palliative care aims to improve the quality of life of critically ill children, often at the end of their lives. Preventing or relieving physical pain, treatment-related symptoms, or psychological suffering are clear goals. But does this care really improve children’s quality of life? The question underpins the research of Marie Friedel, a pioneer in the field in Belgium. A PhD student at the UCLouvain Institute of Health and Society (IRSS), under the supervision of Professors Isabelle Aujoulat and Jean-Marie Degryse, she has sought to measure ‘quality of life’. Faced with the lack of measurement instruments here, she became interested in one previously tested in Africa called the Children’s Palliative Outcome Scale (APCA C-POS), which was available only in English. Ms Friedel adapted and developed it for Belgium, in French and Flemish, in an effort to make children and parents heard. The focus of multicentric study since January 2019, through collaboration among six paediatric liaison teams, the instrument could become commonly used by teams supporting critically ill children and their families. The goal is to increase individualisation of care for families and children.

Belgium’s palliative care law has existed since 2002. Nearly 15 years later, a revolution took place, whereby the law’s scope expanded from end of life care only to as soon as a serious illness is diagnosed. This includes the paediatric care sector. ‘But what does “quality of life” mean for patients and their families?’ Ms Friedel asks. A former paediatric nurse, she is passionate about paediatric palliative care (PPC), a poorly documented field in Belgium. ‘The purpose of my research is to explore what this concept is, which is still extremely vague when it comes to children. I wanted to interview the main people concerned: children, parents and caregivers.’ 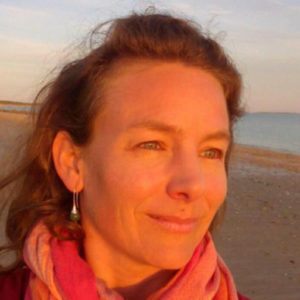 In starting her research in 2016, Ms Friedel noted the taboo around the term ‘palliative’. ‘It’s a scary word. One immediately thinks of death. However, among the children I observed at the end of the first part of my PhD research, follow-up care lasted on average seven months and navigated home, school, outings with friends … The simplistic image of a child lying in bed awaiting death is far from reality. On the contrary, paediatric palliative care is extremely active.’

While the field is well documented in Anglo-Saxon countries and Canada, which offer specific university courses through PhD level, it has hardly been explored here. Ms Friedel looked into existing measuring instruments and their impact. ‘To measure care impact, I began to look for instruments that could be tested with children to explore and measure their and their parents’ quality of life. The discipline struggles for recognition here, but a chair in adult palliative care was inaugurated at UCLouvain in 2017. There’s an interuniversity UCLouvain/University of Lille certificate in palliative care, but no master’s degree or PCC degree. Only continuing education at Parnasse Isei [Haute Ecole de Vinci] is offered.’ To find keys for analysis, she turned to research conducted by Julia Downing, an academic, nurse and professor at the University of Kampala, Uganda, associated with the Ciceley Saunders Institute, Kings College London, and chief executive of the International Children’s Palliative Care Network (ICPCN).

A multicentric study to build a standardised instrument

The ICPCN is a network of researchers and practitioners working in the field of paediatric palliative care. ‘Julia Downing had already started research on the subject using an instrument, available in English only, that was tested with 300 children in Africa’, Ms Friedel explains. The Children’s Palliative Outcome Scale (CPOS) inspired Ms Friedel to design a pilot study of 14 children, 19 parents and 10 caregivers in Belgium. She aimed to understand how such questions resonated here and especially how best to adapt the instrument to Belgium’s PPC sector, where ‘paediatric liaison teams provide transmural care, especially outside the hospital.’

Completed last year, the resulting article will be published in the Journal of Palliative Medicine under the title ‘Face and content-validity, acceptability and feasibility of an adapted version of the Children’s Palliative Outcome Scale (CPOS): a pilot study in the framework of the MOSAIK study (Move to Open Shared Advanced Interventions for Kids with life-limiting conditions)’. The study has since broadened into a multicentric French-language research project. ‘The goal is not only to validate the instrument’s psychometric properties,’ Ms Friedel says, ‘but to explore how it can improve palliative care for children and individualise their care as much as possible, by observing the teams’ process of using the instrument. The question is how, via an instrument composed of standardised questions, to promote and increase the individualisation of family and children’s care.’ To this end, she has worked with six paediatric liaison teams since January 2019: ‘Interface pédiatrique’ (Saint-Luc University Hospital), ‘Globul’home’ (Queen Fabiola Children’s University Hospital), ‘Equipe des soins continus et palliatifs pédiatriques’ (CHR la Citadelle, Liège), ‘Equipe soins continus pédiatriques’ (CHC L’espérance, Liège), Kites (UZ Leuven), and Koester (UZ Ghent).

A key theoretical component of studying this sector is addressing four aims in palliative health care services; if they are not achieved, failure is assured. ‘It’s a scheme called “quadruple aim” developed by Thomas Bodenheimer about ten years ago’, Ms Friedel says. It emphasises that for any desired change in health services, four aims remain invariable: quality of care provided to the family, constantly promoting quality of life regardless of the disease, financial stability, and caregiver quality of life.

The multicentric study is expected to be completed at the end of December and results analysed in January 2020. An instrument should thereafter be created, inspired by the original C-POS, supplemented by a dozen additional questions adapted to the Belgian hospital context. ‘We hope to disseminate it in all French-speaking countries: France, Switzerland, Canada …’ Ms Friedel says. French professionals have already expressed interest in participating in the multicentric study.