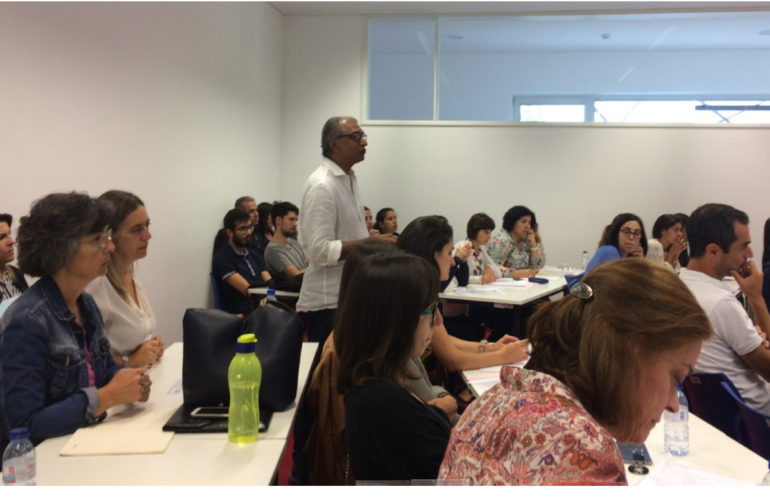 Since 2010 the Portuguese Neonatal Society has been addressing perinatal and neonatal palliative care as an important part of integrative care at the end of life. Several workshops and other educational sessions have taken place all around the country with national and international experts. Recently, the board, led by the president, Dr Joana Saldanha, created an innovative and multidisciplinary Ethics and Palliative Care commission, coordinated by Professor Lincoln Justo da Silva.

Developed by this new group, last September, the 3rd edition of a two-day workshop on perinatal palliative care took place. This time there was a major focus on communication, as a gold standard to overcome myths and improve collaborative work and advance care planning in the NICU. Workshop details in Portuguese can be found via this link .

The workshop was held in the northern part of the country, Vila Real, with the purpose of bringing together professionals from the major NICU tertiary centres and regional hospitals, as well as primary care providers (community general palliative care teams).

Around 40 professionals participated in highly interactive sessions. During each lecture, some questions were posed that encouraged debate. Besides the traditional medical and biological perspectives and other dimensions of care, the debate explored each person’s individual emotional journey on being confronted with human suffering. The audience was multidisciplinary and included NICU professionals (nurses, physicians, psychologists, social workers), philosophers and health care students.

Role play
One of the most powerful activities was a role play performed by actors and video recorded to became an educational tool. The scenario addressed a good and a bad example of professional interventions when interacting with parents during difficult conversations. This activity allowed a safe place to meditate on how to break bad news when confronted with personal, interdisciplinary and institutional constraints. It explored different approaches, needs, expectations and feelings and explored how to improve the outcome for families.

The audience feedback was very clear. All agreed that these kind of workshops are needed to improve professional skills around communication, especially in palliative care situations, during pregnancy, labour and the neonatal period.