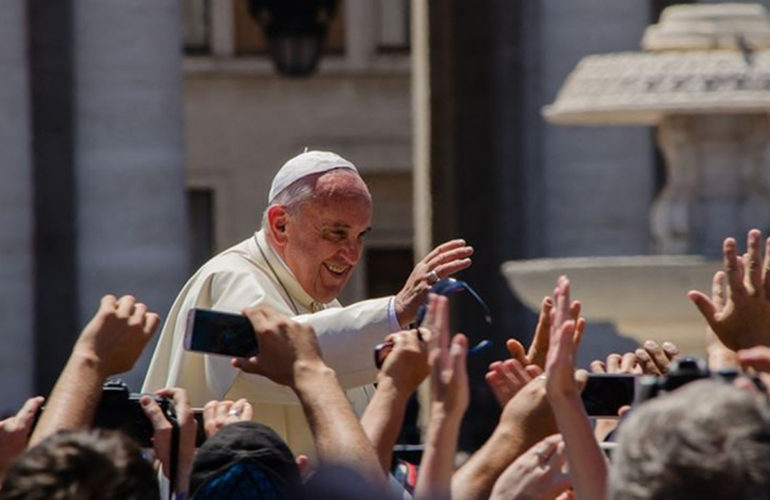 He said: “I encourage professionals and students to specialize in this type of assistance, which does not have less value because of the fact that it does “not save life.” Palliative care does something that is equally important: it appreciates the person.”

In the new hall of the Synod, before a packed audience of international experts, Professor Alfredo Anzani opened the proceedings by emphasizing that we are living in what is known as “the century of ageing,” and that we need to develop a new medical approach, “a mosaic of healthcare” that focuses on the person rather than the illness.

The patients must feel that they are “in the hands and hearts of those treating them”, and not “anonymous pawns in an institutional game.” Prof. Anzani argued that this represents the perfect Hippocratic doctor-patient relationship.
The day before the General Assembly entitled ‘Clinical care for the elderly at the end of life’, Pope Francis addressed the members of the Pontifical Academy for Life, reminding them that palliative care expresses the typically human attitude of caring for each other, especially for those who are suffering.

He said: “This gives testimony that the human person is always precious, even if marked by old age and sickness.”

“When (a person’s) life becomes very fragile and the conclusion of his earthly existence approaches, we feel the responsibility to assist and support him in the best way possible.”

On numerous occasions in the past, Pope Francis has affirmed his support for elderly persons who, in a culture of economic profit that represents them as a useless burden on society, are often neglected and mistreated, even by their own families.

He pointed to the “special role” that medicine has within society as a testimony to the honour of an older person and every human being.

The pontiff concluded by expressing his appreciation for the “scientific and cultural commitment” of those working to ensure that palliative care reaches all those in need of it.

Click here to read the full article on the International edition of ehospice.