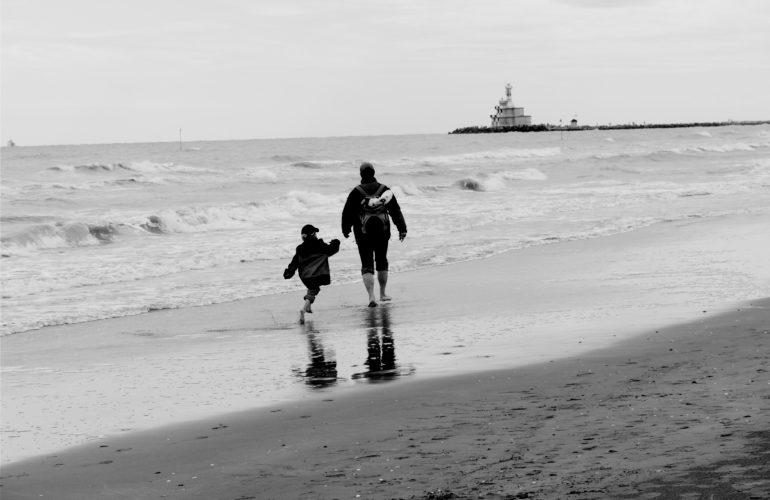 The World Health Assembly (WHA) Resolution WHA67.19 (Strengthening of Palliative Care as a Component of Comprehensive Care Throughout the Life Course) of 2014 calls on all countries that are signatories to provide increased and equal access to palliative care, including paediatric palliative care.

There are more than 21 million children, globally, who would benefit from palliative care. Of this number, 98% live in low- to middle-income countries and in sub-Saharan Africa, the likelihood of a child accessing palliative care in a resource poor setting is overwhelmingly limited.

Quinton was one of the ‘lucky ones’ because he lived in an area of South Africa where care is available from a hospice team, a non-governmental organisation involved in advancing paediatric palliative care in a disadvantaged neighbourhood in Paarl in the Western Cape. Quinton’s story, and a discourse on the benefits and need for  equal access to paediatric palliative care has been written by Emmanuel Kamonyo,  a Global Health Rights Advocate at Health Rights E-Africa, Desia Colgan, lecturer in law at Wits University in Gauteng and Nicola GunnClarke, Advocacy Officer at the Hospice Palliative Care Association of South Africa (HPCA).

Paarl in the Western Cape, South Africa is where Nelson Mandela was released from prison in February 1990, twenty-eight years ago. This story is about another release, the release of a child called Quinton who was from a poor neighbourhood in Paarl.

Quinton was given chemotherapy drugs, he was in and out of hospital for eight months. The last time he came out, he went back to school, but he was very weak, he could not play football anymore. He was brave but the cancer came back, they tried to cut it out from his leg and arm, it is so terrible to see your child suffer. After that surgery it was too much, his heart grew weak. The second blow came when they said Quinton was probably not going to survive. We brought him home but I was not coping, I could not believe this was happening to my only son, he was my child – he was full of life. The hospital asked the hospice team to visit our home. The hospice counsellor spoke with us often, she also spoke privately with Quinton. Quinton told the counsellor he understood he was dying but he did not want to go back to hospital. He said he was worried about us [his family] because we were so sad and he did not know how to comfort us. What he wanted was to help us let him go.

For Quinton a hospice team was soon mobilised because he lived in an area where a hospice and local hospital shared a networking relationship. Once hospice received a referral from the hospital a qualified palliative care nurse came to Quinton’s home to assess his level of pain. The nurse in collaboration with the hospital’s paediatric palliative doctor drew up a care plan to manage his symptoms and his pain, so he was comfortable. Quinton’s loss of weight, appetite and energy was a concern for his mother, so the team discussed Quinton’s food preferences with the family and a plan was drawn up.

In reality this means that, for Quinton’s family, the care they received provided a network of support. His father said knowing there was someone close, who visited, cared and gave advice, made the time at home very special and they could relax and enjoy each other’s company. The hospice social worker had family meetings and many chats with Quinton about his illness, fears, hopes and dreams. Quinton and his mother had open and honest conversations about dying and the future. Quinton needed to be busy so home-caregivers in the area, visited often, with playful banter and board games. The hospice teacher helped with school-projects, new games and crossword puzzles. The physiotherapist kept Quinton mobile with exercises and taught these to the home-carers. Quinton loved swimming, so almost every Saturday his family took him to the local swimming pool. The hospice mobilized resources to improve his quality of life.

Call for increased and equal access to paediatric palliative care

Unlike Quinton, many children struggle to receive the necessary care and access pain relief medication because the hidden side of child suffering remains unnoticed. This ‘hidden suffering’ underlies many implementation failures despite broad policy frameworks, programmes and plans developed at a national and international level. What makes this situation worse is the fact that there is limited data indicating the number of children in need and the number of resources in certain areas. This means neither civil society, government nor the international community have a clear understanding of the extent of the problem.

Quinton’s story also highlights the growing call for increased and equal access to paediatric palliative care. All countries, as signatories to WHA67.19, are required by law to ensure that no child, living with a serious illness, is deprived of his or her right to access necessary healthcare.  Children should not be subjected to further suffering due to the failure of countries to implement the WHA67.19 Resolution on Palliative Care. Quinton’s story shows that policies and resolutions recognise equality in access to palliative care – but promises on paper are not translated into reality.

If we truly mean Universal Health Coverage, why is there no equality of access?  If we believe in equality, why is there a disparity in children’s access to palliative care in certain countries?

You are invited download and read the entire paper here.  The authors ask that the important message in Quinton’s story is passed on to parliamentarians, policy maker, programme implementers and budget-holders so that resources are allocated, regulatory barriers are removed and evidence-informed interventions are made. Children everywhere need access to pain relief and palliative care – make this the reality now.