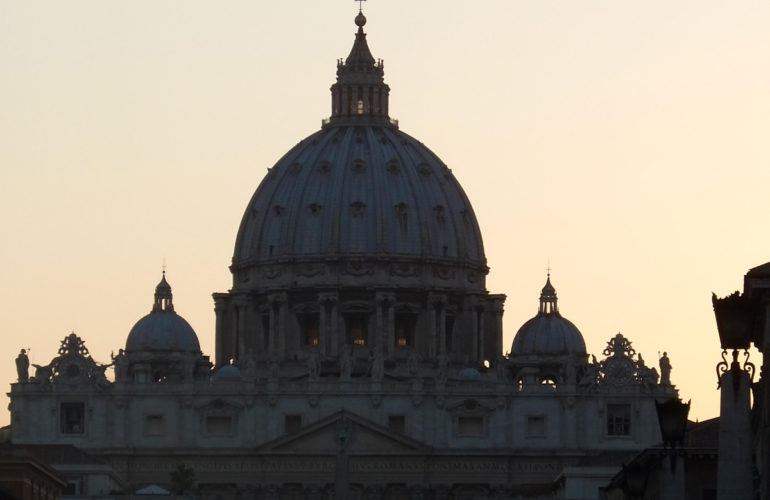 In an historic gathering at the Vatican, representatives of children’s palliative care and the world’s religions are meeting to draw up a charter that will endorse the role of palliative care for children. The official presentation of the Charter will take place in a press conference at 11h30 on Wednesday, 11 November 2015 at the headquarters of the Vatican Radio in Rome. The meeting has been organised by The Maruzza Foundation.

“Defining the Essence of Paediatric Palliative Care: Religions Together”, is an international Workshop on paediatric palliative care which will be held on 10 November 2015 at the headquarters of the Pontifical Academy for Life in the Vatican CIty. For the first time, leading world experts in the field of paediatric palliative care will meet with prominent theologians of the world’s main faiths, preeminent human rights advocates, and paediatric patients and their families, to draw up a document that affirms children’s palliative care as the best response to addressing the complex needs of the 20 million children on our planet suffering from life-limiting and life-threatening diseases. The workshop is divided into four groups working simultaneously:

In the afternoon, the groups will join forces to prepare and endorse the Charter in favour of global access to children’s palliative care.

The event was conceived and organised by the Maruzza Lefebvre D’Ovidio Foundation, which has been engaged for over fifteen years in advocating palliative care for children with irreversible diseases and, in 2013, was awarded the Gold Medal of Merit for Public Health by the President of the Italian Republic, Giorgio Napolitano.

Speaking of the meeting to take place tomorrow, the organisation’s leader, Mrs Silvia Lefebvre D’Ovidio said, “Palliative care is global care, encompassing the clinical, psychological and spiritual needs of patients and their families and aims to achieve the best quality of life possible and respect for human dignity. The moral authority of religion has global reach, and one of the common primary aspirations of all religions is the protection of the vulnerable. Since these patients are among the most vulnerable, our desire at the close of the workshop is to present a universal declaration, by all faiths, that paediatric palliative care is the best approach, and a right, for all children and young people suffering from life-threatening and life-limiting disease.”