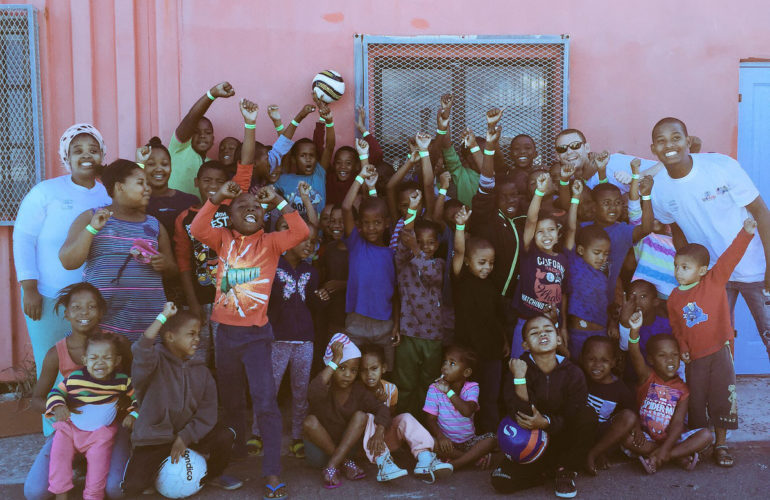 A local campaign was held in Vrygrond, Capricorn alongside Living hope, which involved a day set aside and dedicated to TB screening, TB awareness talks and activities throughout the day with the special focus on Child TB – #ChildTBMustFall

It was indeed a fantastic morning of excellent speakers from Living Hope, the City of Cape Town, the Government Communications & Information’s Department, HPCA and the CaSIPO Project and from the community of Capricorn. The message of the day was clearly highlighted on the ways and measures to stop Child TB as well as the many stigmas surrounding TB in general. A highlight of the day was 70 kids ‘breaking’ into the meeting chanting #ChildTBMustFall.

Over 300 community members were screened and from those who had any sort of symptoms they were referred to the nearest clinic.

Some stats around TB

Over 95% of TB deaths occur in low- and middle-income countries, and it is among the top five causes of death for women aged 15 to 44. In 2014, an estimated 1 million children became ill with TB and 140,000 children died of TB.

The Millennium Development Goal target of halting and reversing the TB epidemic by 2015 has been met globally. TB incidence has fallen by an average of 1.5% per year since 2000 and is now 18% lower than the level of 2000.

However, in many countries worldwide, people will need palliative care for TB. It is a leading killer of HIV-positive people: in 2015, 1 in 3 HIV deaths was due to TB.

In 2014, an estimated 480,000 people developed multidrug-resistant TB (MDR-TB). This means that their disease is much more difficult to treat. Often the appropriate medications are not available. Extensively drug-resistant tuberculosis (XDR-TB) is a form of TB which is resistant to at least four of the core anti-TB drugs and is extremely difficult to treat and cure.

South Africa has one of the highest incidences of TB in the world. In 2014, it was one of the six countries with the highest rates of the disease. All around South Africa, hospice and palliative care organisations provide care and support to people with TB and their families.

Hospice and palliative care workers identify people with the illness, support them in taking their medication, and help to address social, psychological and spiritual issues that may accompany their disease.

TB and the Sustainable Development Goals

Ending the TB epidemic by 2030 is among the health targets of the newly adopted Sustainable Development Goals. Hospice and palliative care organisations and workers have a crucial role to play in achieving this.