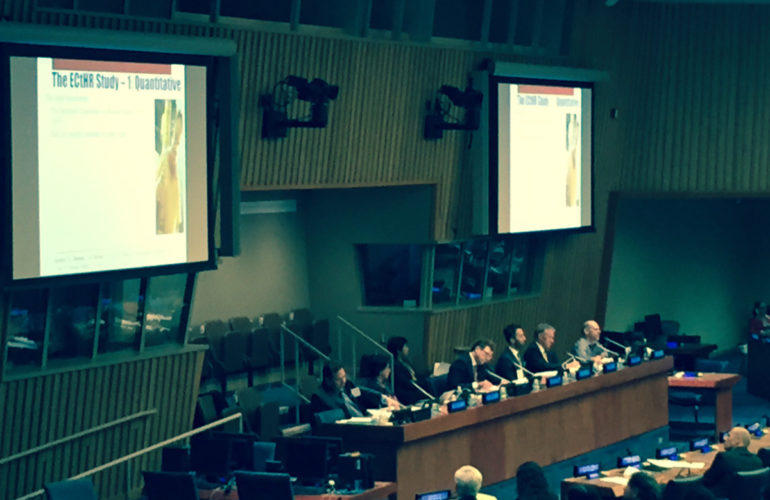 Efforts are continuing to call for a UN legally binding convention on the rights of older persons. Current statements, declarations, and principles are not adequate to address the needs of the growing population of older persons.

These ‘soft’ statements have no force and do not ensure there are consequences to failure to address discrimination and ageism. Recently the Organization of American States (OAS) drafted a convention protecting the human rights of older persons that also established for the first time a right to access to palliative care.

Many issues were discussed at this year’s OEWGA including: age friendly cities, humanitarian crises and the aged, growth in Alzheimer’s and other dementias, social participation, care homes for the aged, older women, age and gender discrimination.

Overlap between the CRPD was used to suggest that a new convention on aging was not necessary. There was considerable opposition to the development of a convention on aged rights from larger member states including the US and EU delegations, while there was equally strong support for its development from civil society groups and some smaller countries.

Assuring access to palliative care was included in most of the documents that are developing around the OEWGA, and many of the speakers spoke in support of the need for improved access to both palliative care and pain relief.

WHPCA prepared a statement on palliative care that will be included in the proceedings which will shortly be available on the WHPCA website.  Further information on the OEWGA can be found online.