Community Engagement Before I Die: A memoir of a grieving daughter - ehospice

Before I Die: A memoir of a grieving daughter 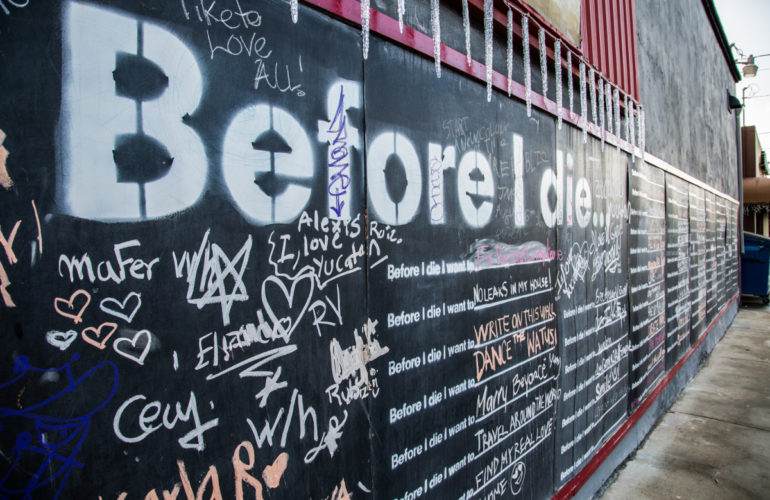 Even though we know we will die one day, how many of us plan to embrace the death the way we want to?

Even though we know we have finite years in this world, how many of us remember that and make plans to fulfil a few of our wishes whenever we can?

No, I am not talking about going to school, having a career, getting married, earning an income and making wealth.

I am talking about those dreams that we have in our heart that we do not bring those out as we do not have time for them today. Well, who knows if tomorrow will ever come?

Like most of us in this world, I did not think of any of these till my beloved mother passed away.

I was with my mother during her end stage of life. Those last five and half months of her life I wondered what she wanted to do with her life but did not do. Who did she want to meet?

I also wondered whether she knew she would be leaving us soon (the doctors did not tell her anything about her health condition) and – if she knew – how was she accepting that information?

I wondered but could not get most of the answers except that she wanted me to be with her and she had seen most of the people whom she wanted to see before she died.

During the first two months of her end stage she refused to talk about anything related to disease, her life and death. She talked about her beautiful past most of the time.

I also did not know how to place crucial questions about her last wishes or any wishes. She seemed very depressed, but she never opened her heart to me about that.

Both she and I wanted to hug each other and cry and ask God: Why? But we could not. Neither she nor I could bear to see each other’s tears.

After two months, her health started failing and eventually she was on morphine most of the time until she died.

After my mother’s death I spent month after month in grief. Last May when I went to Bangladesh, I found out that not only I was missing my mother a lot, but many other people were missing her too.

I bumped into people here and there who told me what my mother did for them. She made differences in their lives in many different ways.

My mother did lots of charity work and this represented what my mother wanted to do before she died.

I thanked God for finally making me realise that my mother actually did what she wanted to do with her life. Now it is my turn to reflect on my own life and decide how I want to spend the finite years I have for me.

I started thinking about death, which brought clarity to my life; the people I want to be with, and the things I want to do.

I started making a list of things I want to do before I die. At that time I had no idea while I was doing this that there are 200 ‘Before I Die’ walls throughout the world where people are sharing their perspectives on death – and on life.

I heard about the ‘Before I Die’ project from Dr Shahinur Kabir, with whom I am working to make palliative care accessible to as many people as possible.

I became fascinated with the project, as it invites people to expect death, reflect on life, and share their personal aspirations in public.

The wall was first created on an abandoned house in New Orleans, USA. After losing someone she loved, Candy Chang, an artist, channeled her grief and depression into this project.

I found a connection with Chang. We both lost our mother, we were in deep grief and depression. She found a way to channel her grief and depression in a public space; a wall where not only her but many others shared their feelings, faith and consolation during some of their toughest times.

Such sharing has had the same therapeutic impact on hundreds of others. I started looking for a wall where I can share mine. Then, I learned about Dr Kabir’s ‘Before I Die’ initiative in Bangladesh.

I am glad that Dr Shahinur Kabir has taken the initiative to facilitate workshops on ‘Before I Die’ where he intends to bring out participants’ perspectives about life and death.

No one wants to speak about death, but it is important that we think about death and talk about it before we die.

Nothing sugar coats the thought of death or the discussion of what we want to do before we die. It is profound, and it is profound on purpose.

The workshop will also show that people are not alone in their hopes, fears, and struggle to lead fulfilling lives.

The conversation that I could not have with my mother, I hope the participants will be able to have it with their parents, grandparents, and beloved one.

Finally, when I will visit Bangladesh I will be able to share my grief and desire in a public space with others. I hope to see many participants’ writing in the wall by then.