Capturing the lived experience of palliative care patients through film 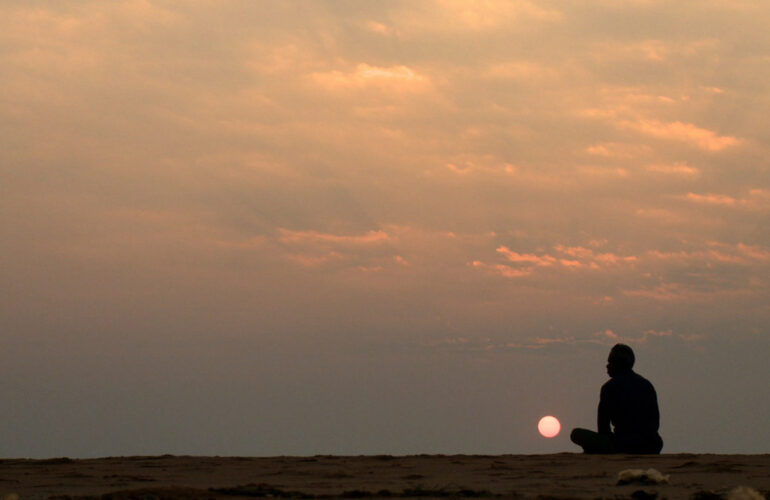 As unobtrusively as possible, the documentary crew assembles the camera and lights.  The room is cool and clinical with the hospital bed masked by the curtain, partially pulled across to provide some privacy to a young woman in a guest chair. It’s her mother Sally Wykes that the crew is here to meet. She sits on the bed with the covers over her legs. Around her, machines beep and hum as is the way with all hospital rooms.

Sally was used to being sick and accustomed to the hospital setting. In the early 1980s, she had her small intestines and part of her large intestines removed when a volvulus caused her bowel to twist and turn gangrenous. She was quickly placed on Home Parenteral Nutrition (HPN), which meant that she received nutrients intravenously. Sally was fed through HPN for close to 32 years.

But Sally didn’t just lose her ability to eat and enjoy food. She lost the carefree beginning of her blossoming relationship. A pregnancy. The years following the volvulus were marred by hospital visits, respiratory problems, and poor mental health.

In spite of these challenges, there were breathtaking highs too. Miraculously, Sally and her husband Leigh conceived and birthed a beautiful, healthy baby girl they named Hannah. Then in 1990, Sally was awarded a PhD in Philosophy. She found joy in gardening and dog walking. Her life wasn’t what she once pictured, but it was hers. And as the decades rolled on, Sally felt that she had a reasonable quality of life. Until she didn’t.

In 2012, Sally was admitted to ICU due to her rapidly declining health, caused by her longstanding HPN dependence. It was the final straw and it led to her decision to stop being fed artificially. Without HPN, Sally knew she could not survive.

It was during this period that Sally was interviewed for Life Before Death, a multi-award-winning documentary series produced by impact filmmakers Moonshine Agency. Life Before Death brings into view the transformative effects palliative care services can deliver to patients and their families.

Sitting in a hospital bed surrounded by white walls, Leigh and a small camera crew, Sally laid her story bare.

“It was a decision I made over a long, long time. Life was no longer of good quality, That’s what brought me to palliative care.” – Sally Wykes

Most of us can’t predict what will happen when facing death or a life-limiting illness. But by focusing on the patient experience, films can help those who are unfamiliar with end-of-life care understand its purpose and the positivity it can bring to patients and families.

Speaking candidly to the camera, it’s obvious that Sally was never afraid to die. But she was afraid of a lingering, painful death. “I hate to say this, but I’m not finding it a really difficult time at all. In some ways, I’m feeling better on a day-to-day basis than I’ve felt for 30 odd years. It’s a very positive time for me”, she said.

Life Before Death was published more than a decade ago, but it has gathered close to two million online views and thousands of comments in the years since. While the series is heart-wrenching at times, it succeeds in showing viewers that medical intervention can ensure death is a gentle, spiritual, and perhaps even peaceful experience. It makes conversations about dying more accessible and highlights the importance of having these conversations sooner rather than later.

You can watch Sally’s Story and other films in the Life Before Death collection on the project’s YouTube channel. To learn more about Moonshine Agency please visit  www.Moonshine.Agency