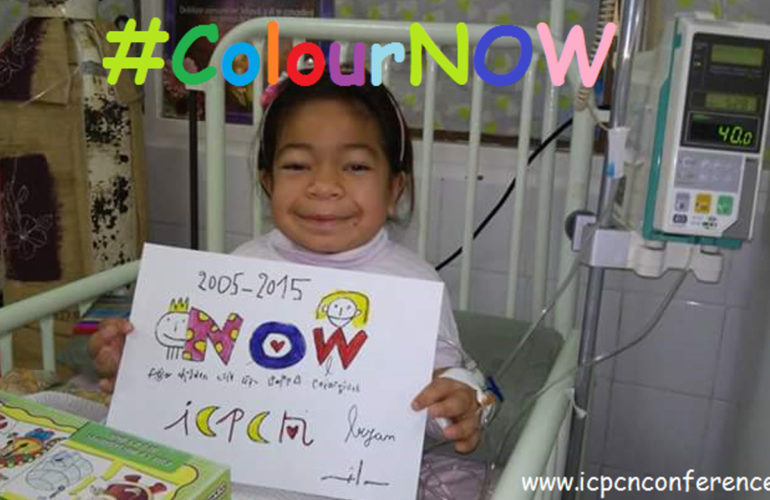 Milo Lockett, self-taught Argentinian artist has shown his support of the International Children’s Palliative Care Network (ICPCN) NOW campaign by donating a beautiful piece to raise awareness of the work of the ICPCN and children’s palliative care globally.

Milo’s journey began in 2002 when his former textile factory closed its doors, and he found himself devoting all of his time to painting. The award winning artist that is inspired by the likes of Jorge de la Vega, Nigro, Macció and Diera, has a rare painting style. His style fuelled his popularity and Milo became an overnight success.

Milo has a heart for and is passionate about children. He annually donates an average of 40 works for auction to benefit the Children’s Hospital of Resistencia. He has also worked closely with UNICEF in the project: ‘One Minute for my Rights’ at the 7th Meeting of Children and Young sculptors under the theme “The Monsters of Berni and Juanito Laguna.” The ICPCN is honoured to have Milo donate this sketch at the culmination of their NOW campaign.

In honour of the 21 million children worldwide with life-limiting and life-threatening conditions, the ICPCN encourages all their conference delegates to get involved in the ColourNow competition.

What is the #ColourNow competition?

It is an exciting way to get children and patients involved in the 2nd ICPCN Conference, by colouring in Milo’s beautiful sketch for the chance of winning a small prize, according to their age.

How do I get involved in the #ColourNow competition?

Simply visit ICPCN’s website at www.icpcnconference.org and download Milo’s painting. Print it out and hand out to your children and patients. They can use coloured pens and pencils, paint and even glitter! Nothing is off limits! Collect the pictures and bring them along to the 2nd ICPCN Conference where they will be put together to form a large collage.

ColourNow and help raise awareness of these vulnerable children, because they have only NOW! If you have any further questions contact media@icpcn.org