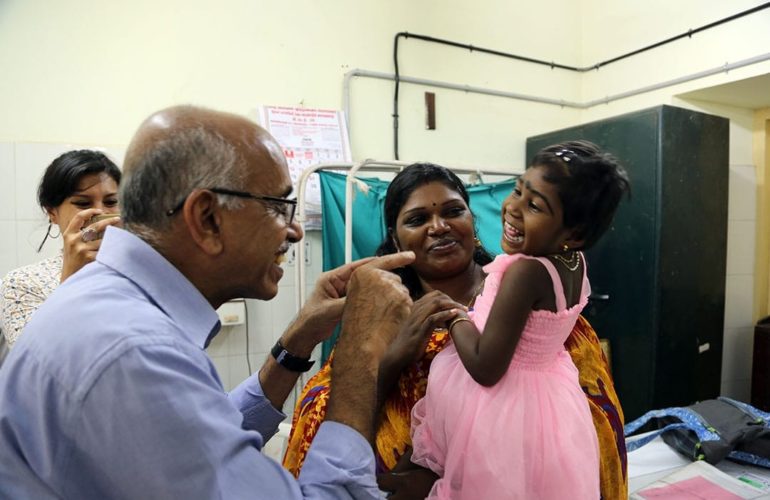 On an adjustable bed in a room filled with harsh fluorescent light is Carmen, a former luxury clothing designer whose career has taken her all the way from Melbourne to the colourful streets of India and Italy’s fashion capitals.

Carmen is on her back, legs curled up close to her chest, talking wildly to a man in a dark suit. The conversation is intimate and intense.

This isn’t an exchange you’ve come across by chance. You’re watching it quite deliberately and it’s so perfectly framed, you can almost trace the expressions on Carmen’s face with your fingertips. 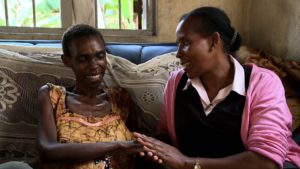 It’s a beautiful, but heart wrenching story unfolding on the screen in front of you. It’s a piece of art. A film you found online and couldn’t pull yourself away from.

If you’ve ever sobbed, sighed or screamed in a movie theatre, you know that films, for the most part at least, are an emotional sucker punch. From 2 minute mini-documentaries to feature length blockbusters, cinema has been used to probe challenging subjects and ignite discussion.

Sometimes the intent is to explore a difficult question or social issue. Often it simply aims to entertain.

Whatever the motive, film is a highly efficient and effective way of communicating complex humans stories. And it is the most accessible way to connect with a diverse audience.

At this point you’re probably wondering what any of this has to do with palliative care. But have you ever wondered if video communications could capture the human experience of palliative care both for patients and carers? 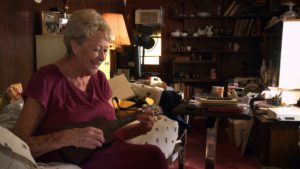 Consider some of your favourite films. The ones that have made you think. Made you feel. Moved you to interact with the world differently. Each example probably weaves a bold message about the human spirit.

In 2012, impact film production house Moonshine Agency produced Life Before Death, a collection of films about living well and dying better. The multi-award winning documentary series was filmed across 11 countries and carefully contemplated the best way to care for patients beyond cure.

Carmen was one of those patients. Diagnosed with advanced cancer, Carmen resisted treatment until the pain became too consuming, telling the cameras,  “I don’t think one realises how much pain distorts the mind.”

The film is a powerful reminder that dying ‘well’ looks different for everyone and that each of us must be afforded choices to align with our wishes.

Life Before Death blazed a trail of films from Moonshine Agency that centered on palliative care practises and the end of life experience.

A few years later in 2015, the team released Little Stars, a treasury of stories about young people living with life-liming illnesses. The project presented a side of healthcare that modern society is only just starting to comprehend: there are more than 20 million children who could benefit from palliative care, but access is an issue for most.

Soon after came Hippocratic, an in-depth look at the life of Dr MR Rajagopal – a small man with a big dream: a pain-free India. Hippocratic makes deep observations about pain and death but it is told with a gentle, human touch.

Moonshine Agency produced these films in partnership with several peak bodies for palliative care, with view to highlight the importance of palliative care services, improve access and change the dialogue around death and dying.

There are many myths surrounding end of life care – pain is an inevitable part of dying, palliative care means a doctor has given up on their patient, this type of treatment hastens death – but these films face down those beliefs and present a new, convincing, way of thinking. And for those that have a positive concept of palliative care, they only strengthen or confirm their belief.

This work has reached millions, been broadcast in over 50 countries, picked up by major streaming services and built strong social media followings.

It’s a testament to how crucial storytelling is when it comes to discussing the dying process and preparing for life’s end. Unsurprisingly, audiences tend to look away if the message is too confronting, which is why extraordinary, entertaining, hopeful stories built on a foundation of authenticity and truth-telling always bring the most engagement.

While Life Before Death, Little Stars and Hippocratic are wholly unique, the sentiment remains the same for each: talking about death won’t kill you. It might even make you stronger.

And to get in touch with the team directly, you can email hello@moonshine.agency